Q&A WITH BLAND SIMPSON: From Inspiration to Printed Page 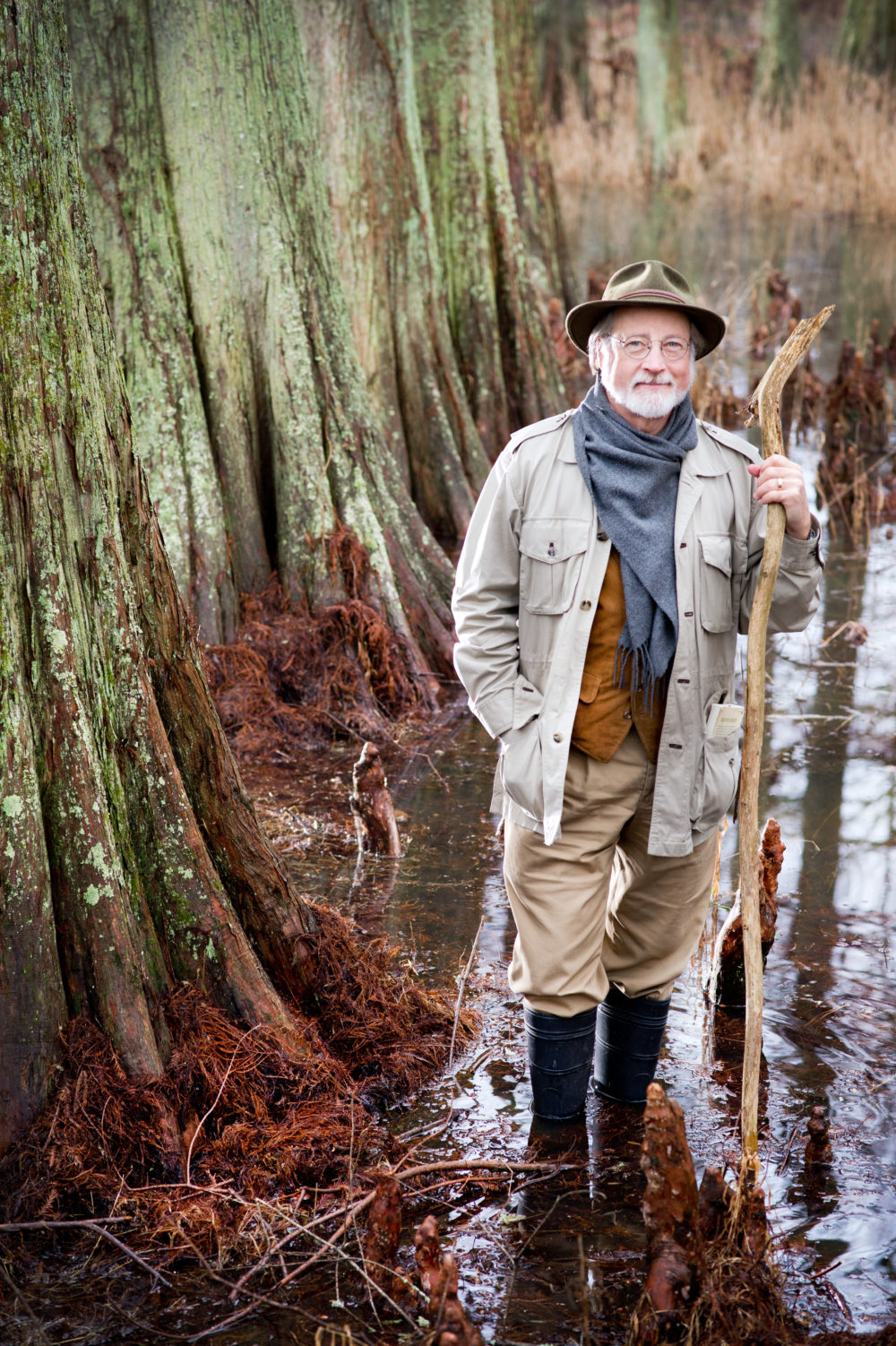 As a new paperback edition of Two Captains from Carolina is coming out this year, author Bland Simpson shares the book’s inspiration, and his research process. In late 2017, Simpson was honored by the N.C. Humanities Council with its Caldwell Award.

What inspired you to write Two Captains from Carolina?

My two earlier nonfiction novels dealt with later time periods: the turn of the 20th century and then the Prohibition era. This story, or rather these two stories, would allow me to explore the time of canal-building, as well as the maritime age of both sail and steam — crucial, astonishing periods between the War of 1812 and the Civil War. The Waterman’s Song, my great friend David Cecelski’s powerful work about the African American maritime world of North Carolina, also inspired me.

Why did you choose Moses Grandy, an African American slave, and John Newland Maffitt, an Irish American U.S. naval officer, as your protagonists?

This work grew out of a summertime conversation with [the late Carteret County historian] Sonny Williamson and ferry captain Dennis Chadwick. We were sitting on our friend Lida Piggott’s porch at Gloucester, speaking of the North Carolina mariner whose life and career Sonny chronicled in his Captain Matthew Gooding: Blockade Runner (2001). The “G” of Gooding reminded me of the “G”of Grandy, about whom I had already written a narrative ballad. Before that talk was done, I was already thinking of a book contrasting two Carolina mariners — one black, one white. I knew Maffitt had worked a great deal around Beaufort Inlet in the 1850s, and soon decided he and Grandy were the powerful pair I wanted to write about.

How did your approach to writing this book compare to your previous books?

Similarly to my two earlier nonfiction novels, I put a good deal of time into getting narrative timelines in shape, which was fairly easy to do with Maffitt, a well-documented officer in the U.S. Navy (and then the Confederate Navy), but more difficult with Grandy, who appears in the historical record far less frequently.

This was always going to be a study in contrasts, and I wanted the two tales to form a narrative double helix, with dramatic shifts as we went back and forth. As the sections evolved, I found it an intriguing challenge as to where to make a break in one man’s narrative in order to pick up with the other.

Give us a flavor of the research you did to bring Grandy and Maffitt to life.

Historical newspapers of the era always figure heavily into such a work. I also made much use of Grandy’s 1842 Narrative and Maffitt’s nautical charts, and his papers in the Southern Historical Collection at UNC Chapel Hill.

What about Grandy’s and Maffitt’s stories particularly resonated with you?

Both Grandy and Maffitt had tremendous drive and strength of character. The fact that Grandy had the personal resolve and power to keep going toward buying his freedom after being cheated not once, but twice, is an enormous testament to him, as was his involvement with [William Lloyd] Garrison’s anti-slavery movement in Boston. And after Maffit’s wife left him while he was at sea, Maffitt threw himself into his work doing hydrography for the U.S. Navy in New England and for the South.

You grew up in Elizabeth City, located on the Pasquotank River. Do you look at the region differently now that you’ve written this book?

Two Captains is one of eight books I have written that have to do with the Carolina Sound Country, an effort spanning most of 30 years. Each successive book has given me newer and deeper appreciations for the town and region of my boyhood. All this work has imbued me with a deep and broad feeling of simultaneity — the sense of, say, what went on 200 years ago along the very same waterfront I might be standing on now, or a century ago in this old courtroom where I might be sitting today.

Why did you select the passage on Newbegun Creek for the winter issue of Coastwatch?

Because that is the absolutely lowest moment for Moses Grandy, the moment of apparent defeat that would have broken many a lesser man. For Captain Grandy, though, it is in that event, and in what proceeds from it, that his character and his noble soul really shine. He will not give up. He will gain his freedom. And he will sail on.

Who is your intended audience for this book?

Anyone, young or old, interested in ante bellum maritime life in the South, and well beyond, too, because both men do sail the globe.

What message or impression do you hope people come away with after reading Two Captains from Carolina?

North Carolina has been a truly maritime province, colony and state, from way before there was any North Carolina — for thousands of years, as the Lake Phelps Native American dugouts tell us. And it still is, though most of our population lives well west of the coast and the Sound Country. One acre of every 10 in North Carolina is water, and stories of mariners always help remind us of that.

Care to divulge any ideas for your next book?

It will be about the whole state of North Carolina, from the Smokies to the sea.