Hook, Line & Science
The Money, the Catch, and the Cape Fear

BY SCOTT BAKER AND SARA MIRABILIO

What do they spend your fishing license fee on?

What happens to proceeds from Coastal Recreational Fishing Licenses?

It costs money to manage living marine resources, create and enhance fisheries habitat, and provide access and educational programs for the angling public. Officials rolled out the North Carolina Coastal Recreational Fishing License (CRFL) in 2007, in part, to assist in funding such tasks. The state requires that most saltwater anglers purchase a license in order to fish legally in the state. 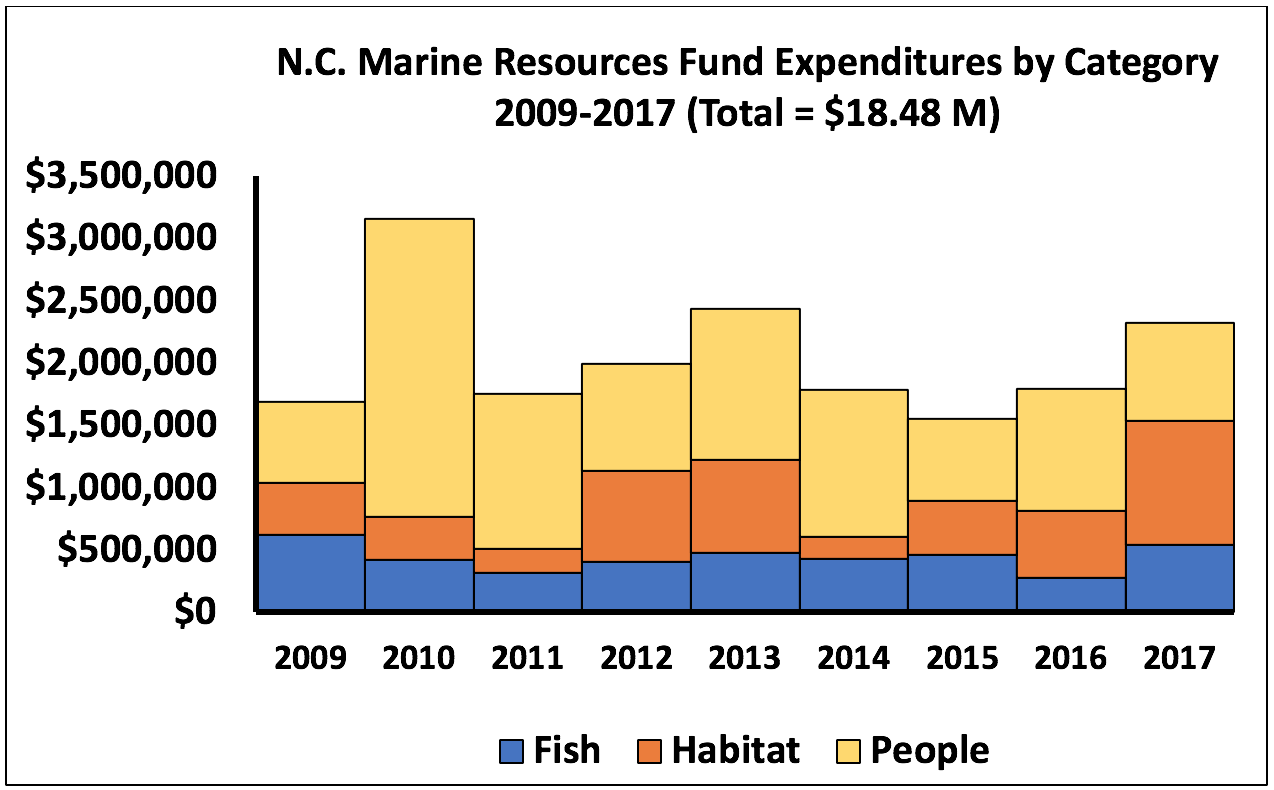 Because this is such a popular question, here’s a look at how the state has used the Marine Resource Fund for these new or temporary expenditures from 2009 to 2017. The grants that the program supports cover three focus areas.

People: projects that include public education and public water access.

From 2009 to 2017, the Marine Resources Fund supported fish, habitat and people through 146 grants amounting to $18,481,378. Recipients included NCDMF, the N.C. Wildlife Resources Commission, universities, cities and towns, and nonprofits, among others. More funding has gone to “People” (54%) than Fish (21%) and Habitat (25%) combined.

Also of note, the “Habitat” category of funding has fluctuated year to year, because it occasionally has included research projects and efforts to create inshore and offshore artificial reefs. The “Fish” category, however, has remained the lowest and the most consistent, because these projects only focused on fisheries research and monitoring.

You can access the final reports of all the projects that the Marine Resources Fund supports: go.ncsu.edu/The-Money

All this recent bad weather have you gazing out the window, longing to wet a hook?

Looks like you’re not alone, especially if you felt this way last fall, too. Similar to the data on last year’s commercial fishery, 2018 saltwater angler data shows a decline in recreational catch, likely due to hurricanes and other extreme weather events. 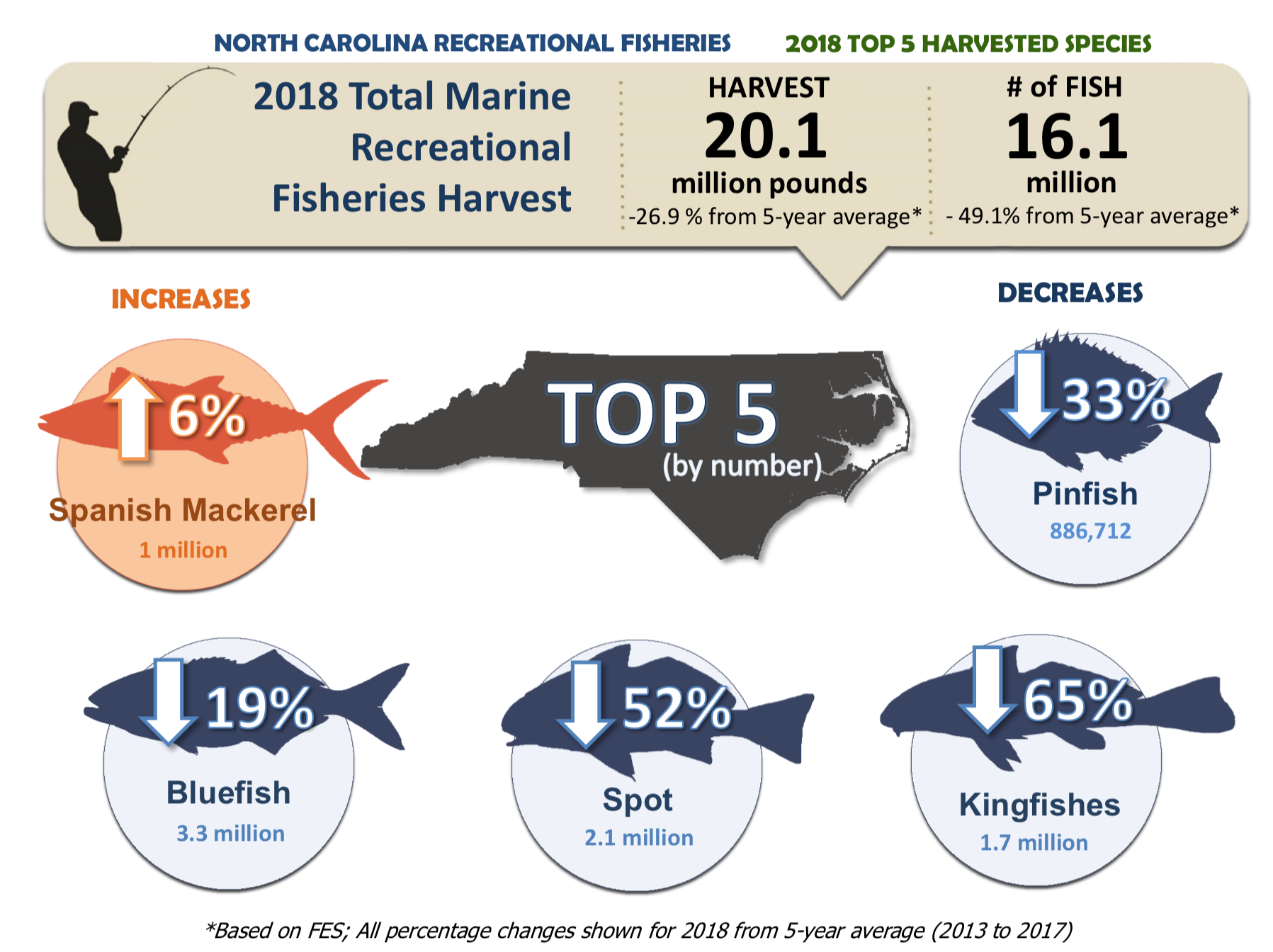 N.C. Anglers harvested 20.1 million pounds of fish in 2018, down almost 27% from the five-year average. Courtesy of DMF.

Recreational harvest was 49% lower than the previous average from 2013 to 2017 by number of fish and 28% lower by pounds of fish. Still, in 2018 North Carolina coastal recreational fishing license holders kept an estimated 16.2 million fish that weighed in at over 20 million pounds total.

More of these numbers might surprise you. For instance, on 41% of fishing trips, saltwater anglers wet a hook off a beach or bank. In addition, anglers released 62.4 million fish, around four times as many as they kept last year. In fact, since 2013, the proportion of released fish to the total catch has been increasing.

The NCDMF Coastal Angling Program, which collects and maintains data for a variety of different recreational fishing surveys, provides estimates of recreational fishing catch and effort. The program interviews around 23,000 anglers and sends out an additional 24,000 surveys per year. The data helps researchers understand the wide range of saltwater angling efforts, including, as mentioned above, numbers of fish harvested and released, as well as the number of angler trips. Scientists even can use these data in population models to determine statewide stock assessments and fishery management plans.

Sustainable fishing begins and ends with fishermen. Saltwater anglers support the long-term health of coastal fisheries by serving as eyes and ears on the water and sharing information on their fishing activities. 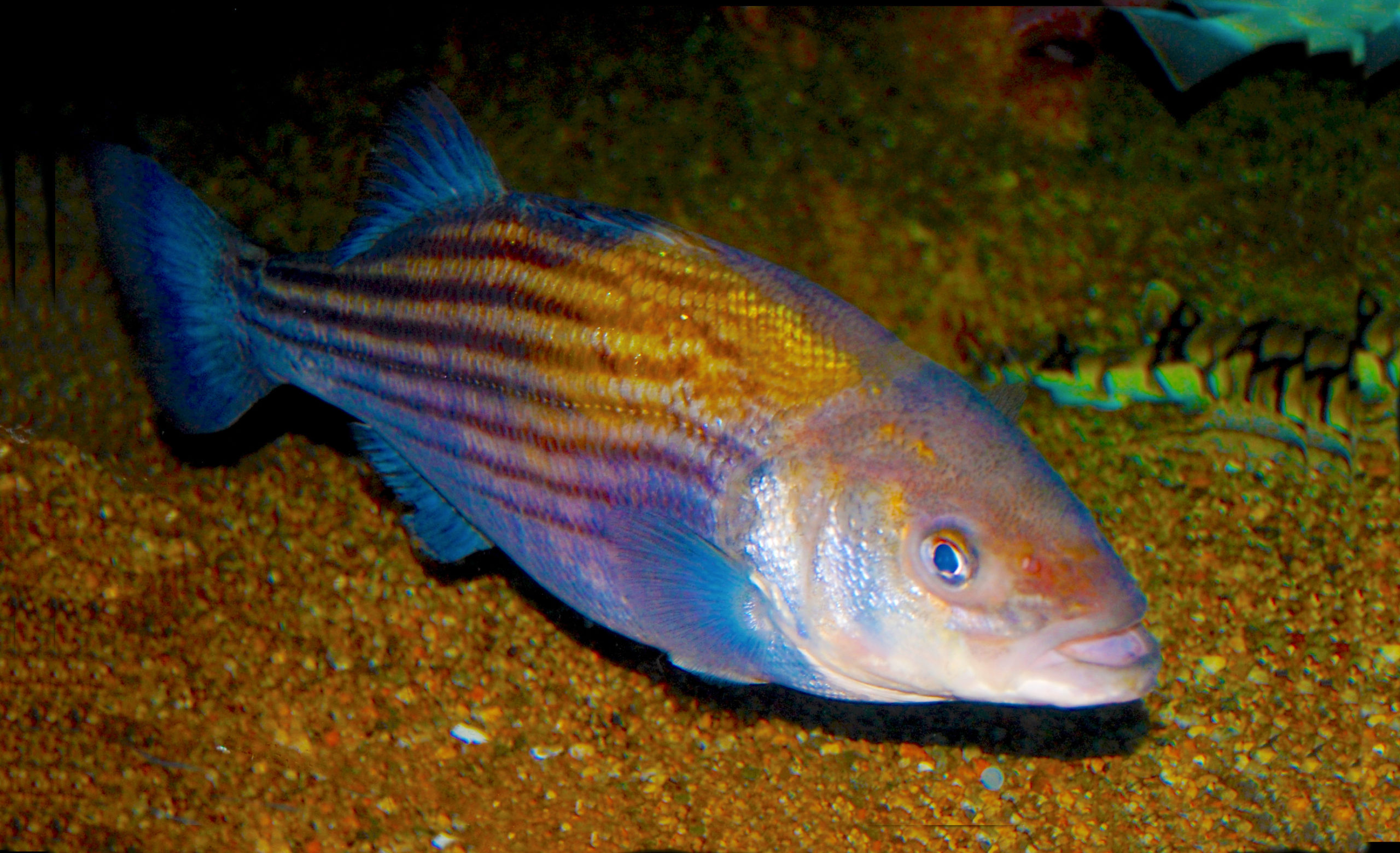 Healthy coastal ecosystems are the foundation for life along the coast. However, coastal development, current land-use practices, and other human activities are contributing to lower water quality, as well as to the degradation of aquatic and terrestrial habitat for fish and other species.

As a fisheries specialist, I forge partnerships between university researchers, natural resource managers, and the fishing public — commercial and recreational — to generate information and guide habitat restoration for fish. This, in turn, supports the local communities that rely on those habitats for clean drinking water, flood and storm protection, and industries like boating, fishing and tourism.

What was the challenge?

Here in North Carolina, the Cape Fear River serves as critical habitat for several anadromous fishes. American shad, river herring, Atlantic sturgeon, shortnose sturgeon and striped bass spend most of their lives in the ocean but return to the river’s freshwater streams to spawn.

The Cape Fear River’s once-thriving populations of migratory fish have sharply declined. Pollution from agriculture and development has led to unhealthy water quality, and dams and other barriers block fish from migrating to the upstream areas where they reproduce.

Declining fish populations have resulted in moratoriums and fishing restrictions for river herring, striped bass, and American shad. Both Atlantic and shortnose sturgeon are endangered species.

How did they address the problem?

What were the results?

Eight years later, the Cape Fear River Partnership’s efforts have resulted in nursery habitat for migrating fish, as well as resting and dabbling habitat for waterfowl. The partnership also has created opportunities for passive wildlife-oriented recreation and education for the community.

Many more blogposts for anglers are available at HookLineScience.com.

From the Winter 2019 issue of Coastwatch