An adult great white shark. At a year old and younger, these sharks aren’t where they used to be. Credit: Bob Talbot/NOAA.

On October 28 off Jennette’s Pier, Gumbo Jones caught a “mystery shark,” which marine biologists later determined to be a juvenile white shark. Science is showing that this area could be an overwintering spot for the young of this species.

Found in cool, coastal waters around the world, great white sharks are the largest predatory fish on Earth. Estimating the total global population is challenging, however, and the true number is unknown.

Scientists have been able to monitor changes in the relative abundance of these animals in different regions. The great white shark population is estimated to have been reduced by 30 to 49 percent over the last three generations, making its conservation status “Vulnerable.” Effective shark conservation and management relies on identifying areas that are crucial to the health of all life stages of shark species and how this might vary across seasons.

Scientists wanted to understand the seasonal movements and habitat use within the northwest Atlantic Ocean of great white sharks during their first year of life. Using both satellite and acoustic tags — small sound-emitting devices that allow the detection and/or remote tracking of organisms in aquatic ecosystems — the scientists were able to follow shark movements over two winter periods (December through April).

Click for NOAA’s “ode to sharks and shark research.” 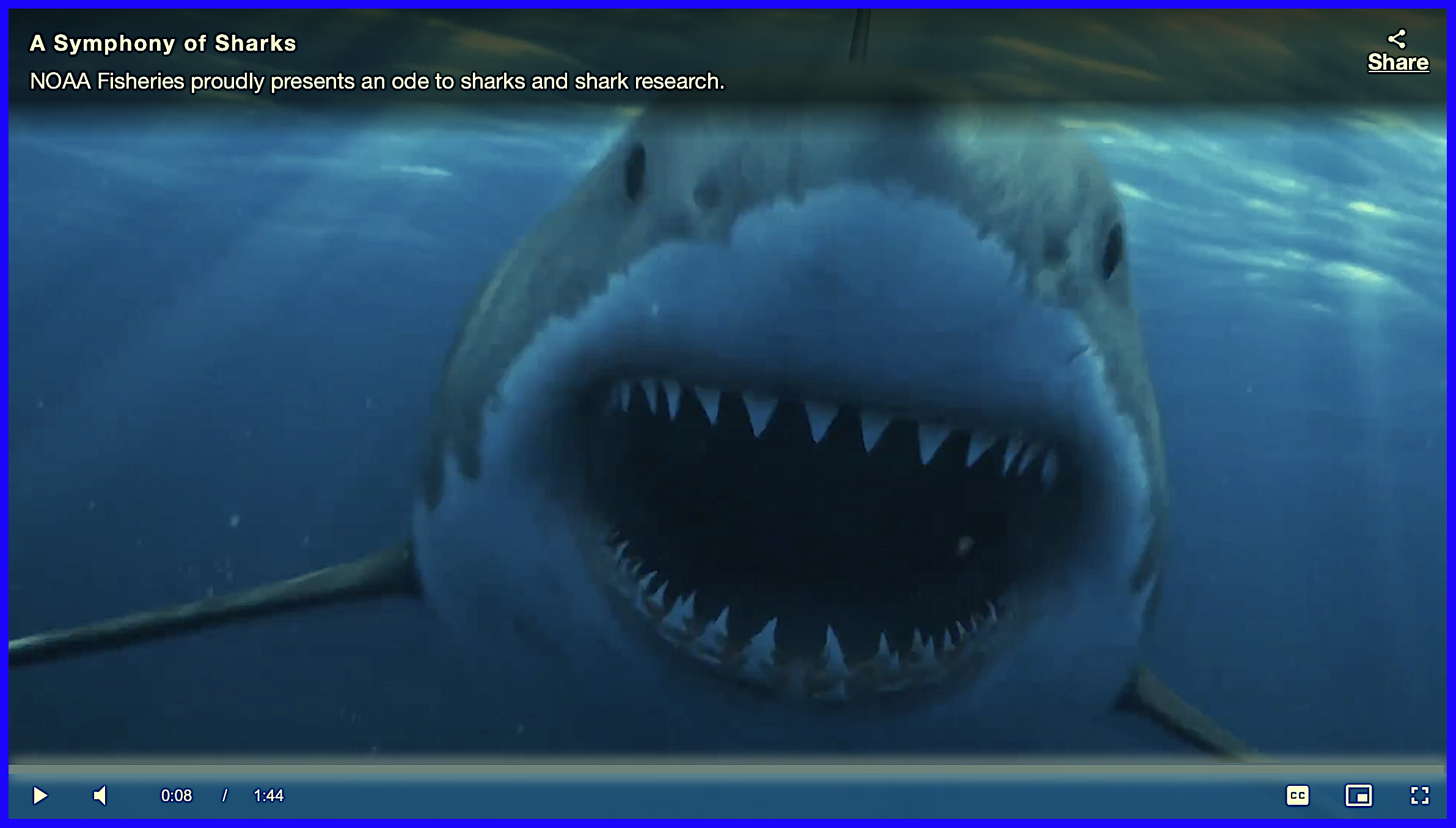 The research team tagged a total of 20 great white sharks that were one year old and younger: nine in the first year, 11 in the second year.

During both years, sharks occupied continental shelf waters off the coasts of North and South Carolina. The sharks traveled along the coastline mostly at depths less than 328 feet.

Despite their proximity to the Gulf Stream, tagged sharks generally did not frequent its warmer waters, instead inhabiting waters with an average sea surface temperature near 65° F. The great whites that were less than one-year-old inhabited geographic areas different from juvenile and adult sharks during winter months.

Positions of young great white sharks did not overlap at all with the established Essential Fish Habitat, the current areas understood to be necessary for fish reproduction, growth, feeding, and shelter, and which fishery managers therefore protect.  The young sharks’ observed locations actually extended over 596 miles beyond the current EFH boundary.

In contrast, the overwinter distribution of the sharks did significantly overlap with the Mid-Atlantic Shark Closure Area, which minimizes bottom longline fishery bycatch during the period that the young great white sharks occur in this area. Over half (54%) of the recorded daily positions of tagged sharks were within the boundaries of the closure area during the time the closure was in effect (from 1 January through July 31 annually).

Fisheries and environmental resource managers can use the increased understanding of the locations of seasonal habitats from this study to improve conservation of first-year great white sharks and to evaluate the effects of human activities on their overwinter habitat.

Already, these great white sharks appear to benefit incidentally from the current Mid-Atlantic Shark Closure Area. Since young great white sharks were observed in the closure areas as early as December, hypothetically shifting the area’s closure period to start and end one month earlier (to occur from 1 December through 30 June) would increase protection of the  one-year-old and younger great white sharks by an additional 6%.

the full article from Fishery Bulletin
Overwinter Habitat Use of Young-of-the-Year White Sharks (Carcharodon carcharias) off the Eastern United States.

This story originally appeared in the award-winning Hook, Line & Science.