Making the Most of Oyster Reef Filtering 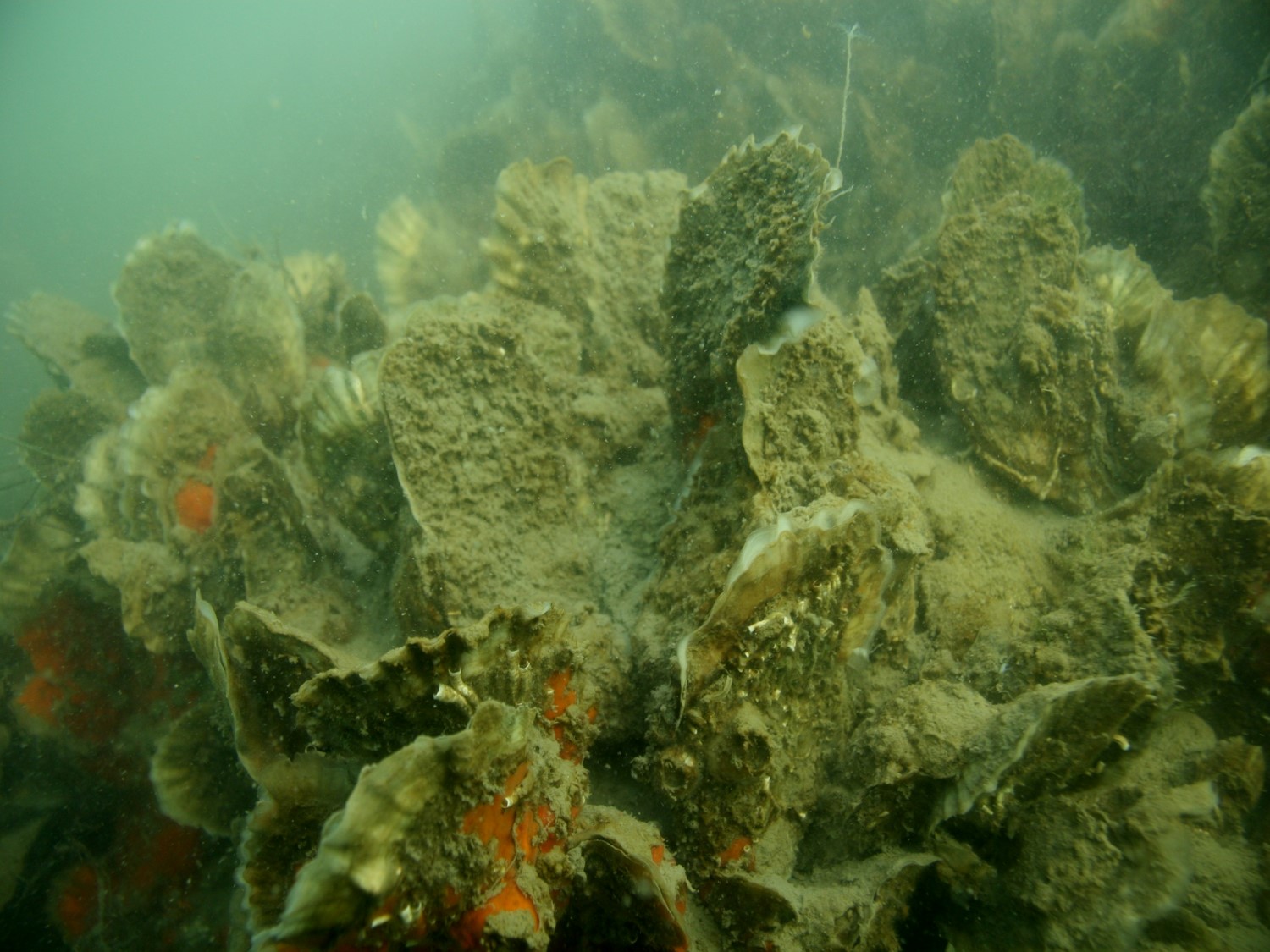 Oyster reefs do a lot of good for an ecosystem.

Here’s a quick list: They filter and clean the water, clear out sediment so sunlight can reach the plants at the water bottom, and provide fishes with places to live and hide. Reefs also help to protect shorelines from storms, breaking up powerful waves as they rush inland.

Researchers call these ecosystem services: gains that oyster reefs bring to their surroundings — and also to the people who live, work and play in those places.

With a drastic decline in the state’s oyster population, the N.C. Division of Marine Fisheries and the U.S. Army Corps of Engineers are among many groups planting new beds to restore these bivalves.

Their goal is to build healthy reefs to sustain the oyster population in the state. Any other benefits — good recreational fishing reefs, suitable fish nurseries or cleaner water — often are secondary goals that have been difficult to measure.

Seth Theuerkauf, a recent doctoral graduate from NC State University, is bringing ecosystem services into the equation, to make rebuilding efforts more cost efficient and successful. He wants to ensure there will be oysters in the state’s future while simultaneously improving the coastal environment — and to add more “bang for the buck” for the public dollars spent on these restorations.

For his fellowship funded by North Carolina’s Sea Grant and Space Grant programs, Theuerkauf focused on maximizing water filtration, an ecosystem function for which oysters are well known and that benefits aquatic animals and plants, as well as humans.

“I selected filtration, given the growing interest in oysters as a tool to help meet water quality enhancement goals,” he explains.

Not all reef restoration sites are equal — for oysters and for the humans who want to reap their benefits. Theuerkauf used geospatial analysis to layer maps of multiple factors important for restoration. With this method, he identified areas in Pamlico Sound that would enable restored reefs to thrive, while maximizing the resulting water filtration services they provided.

“It matters where you do your restoration to provide the most ecosystem services,” Theuerkauf acknowledges.

Building upon this idea, Theuerkauf developed a GIS-based model that prioritizes water filtration when selecting a restoration site. He also combined the original HSI and his updated version into a hybrid scenario that balances reef persistence with water quality enhancement.

Theuerkauf used several variables to determine the suitability of a site. Concentrations of chlorophyll a, derived from satellite data, indicate the volume of food available for the oysters.

Water-fow velocities denote the ability of currents to deliver food to the reef, and flush sediment and particulate matter. Dissolved oxygen can identify dead zones where there is too little oxygen in the water.

“It’s a tool — a decision-support tool — that is useful to identify areas for restoration,” Theuerkauf says. “Agencies such as DMF can use it as a scoping tool to narrow the range of areas they want to focus on.”

The next step is to integrate the data within The Nature Conservancy’s Restoration Explorer web-based tool, which currently offers the Reef Persistence HSI model at coastalresilience.org/restoration-explorer-focuses-on-oysters.

He also spoke with people who ultimately would use his models early on in the process. This was a step that Puckett and David Eggleston, who leads NC State’s Center for Marine Sciences and Technology, spearheaded when they developed the first HSI.

Since it was introduced in 2010, the original HSI has been tweaked and updated based on suggestions from DMF and the Corps of Engineers in Wilmington. Both agencies use the HSI to help inform their restoration efforts.

“We integrated stakeholder feedback early on to discuss what the model would look like,” Theuerkauf recalls. “Stakeholders were invested and had a say.”

Planning meetings included participants from DMF, The Nature Conservancy and the N.C. Coastal Federation. Each voiced what they wanted in such a tool. Michael Piehler, a biogeochemist and ecologist at the University of North Carolina at Chapel Hill’s Institute of Marine Sciences, also provided input.

Recommendations from this group helped Theuerkauf determine what data to include and the weights to assign to each layer of information. This was an opportunity to work collaboratively with stakeholders, identify and integrate what they prioritized, and generate a tool that contributes to advancing oyster restoration in North Carolina.

“Developing a tool that balanced state-of-the-art science with the human dimensions of oyster restoration was a valuable learning experience for me as a scientist,” he says.

Seth Theuerkauf is a spatial scientist with The Nature Conservancy and NOAA. He is a recent doctoral graduate in biological oceanography at NC State University’s Center for Marine Sciences and Technology.

Read about the recent partnership between North Carolina Sea Grant and Space Grant, and the other featured project concerning ghost forests.