Above: A man gets into his truck after evaluating the conditions of a flooded road in Wilmington on Sept. 14, the day Hurricane Florence made landfall. Photo by Justin Kase Conder

When a hurricane like Florence strikes, onlookers may ask, “Who saw the worst damage?” 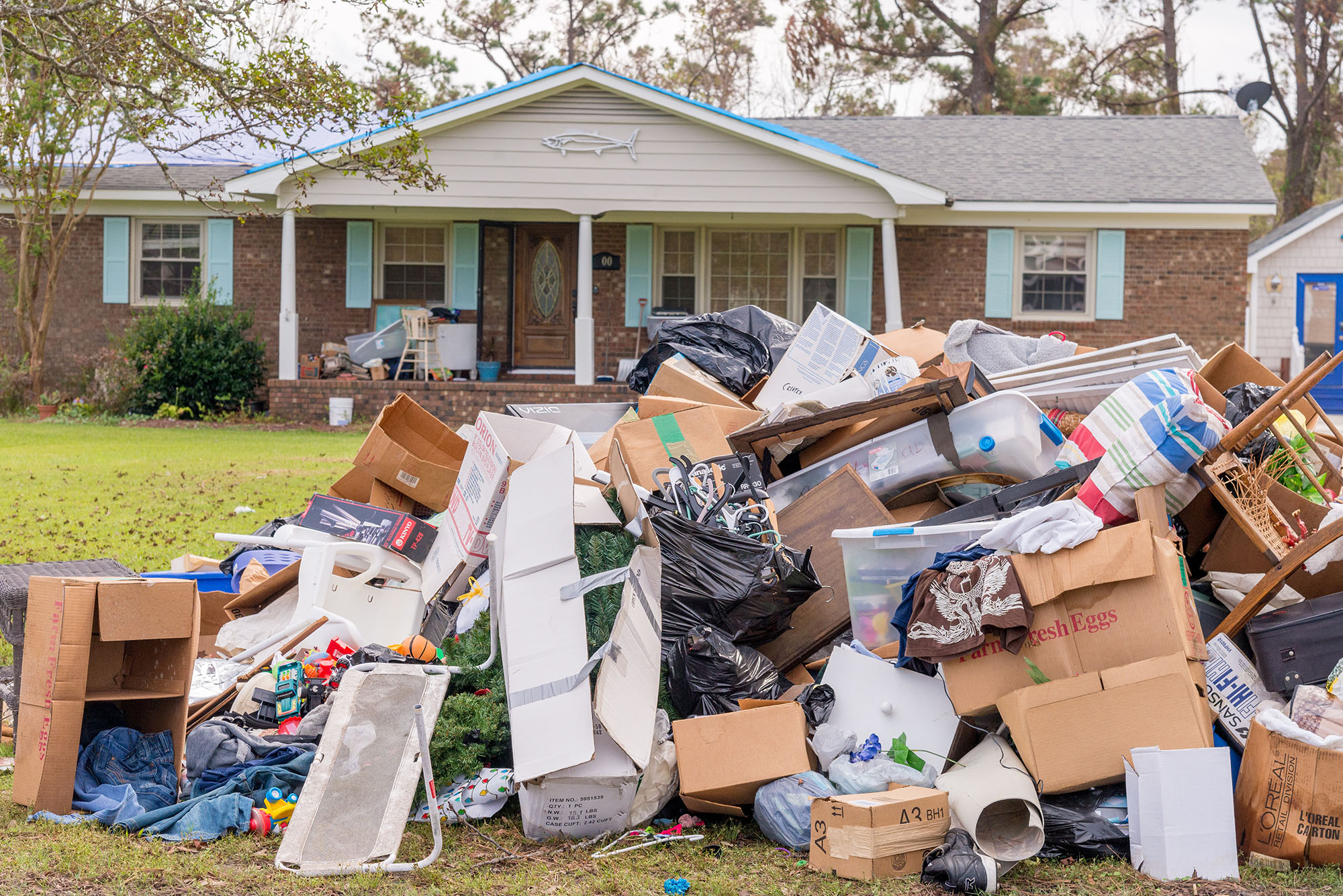 The photographs herein are just a small representation of what people and communities experienced during and shortly after Florence. Many will continue to face challenges, Whitehead says. “Recovery from a storm like this is counted in years, not months.”

Here’s a look at what areas in various southeastern and central parts of the state have endured. 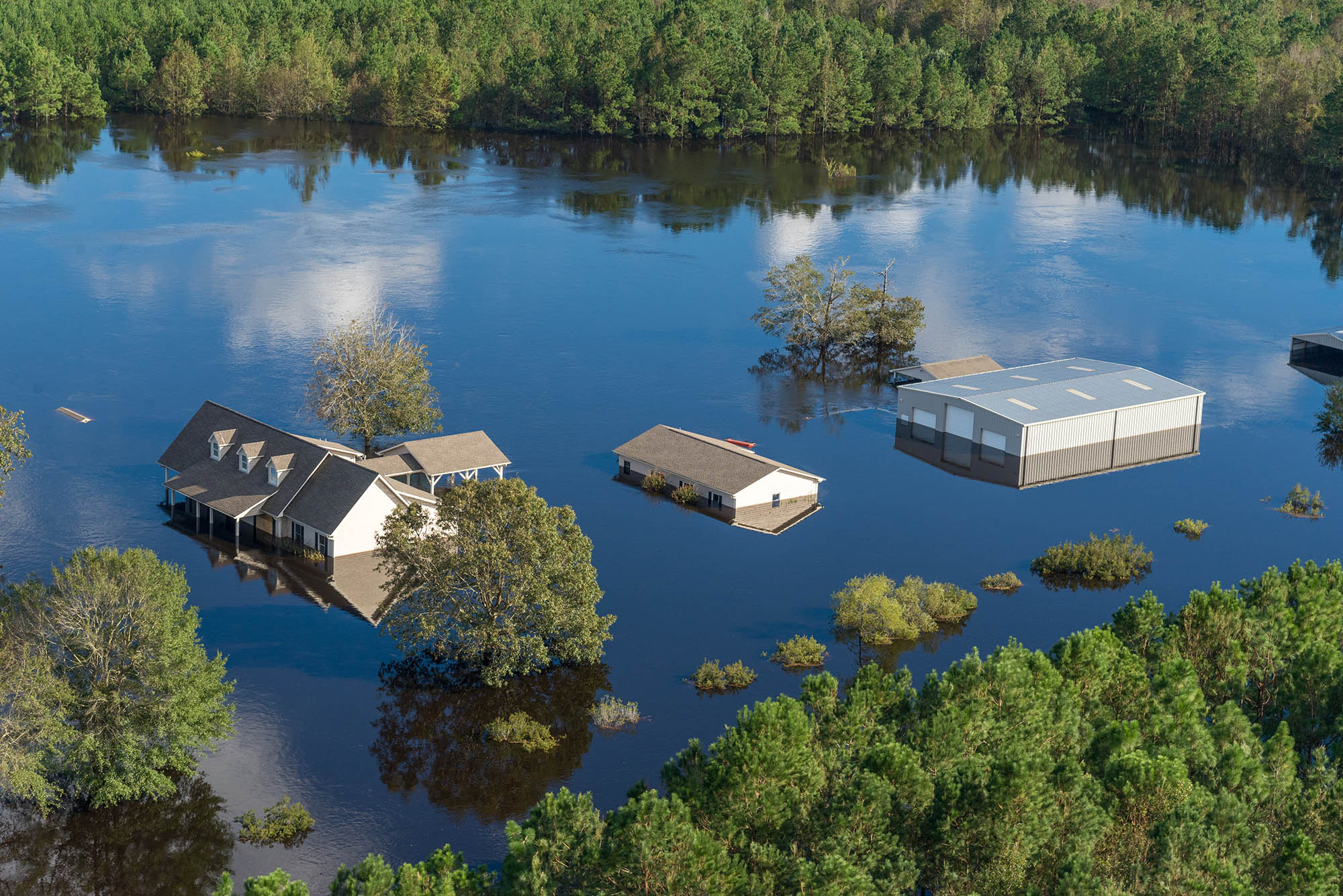 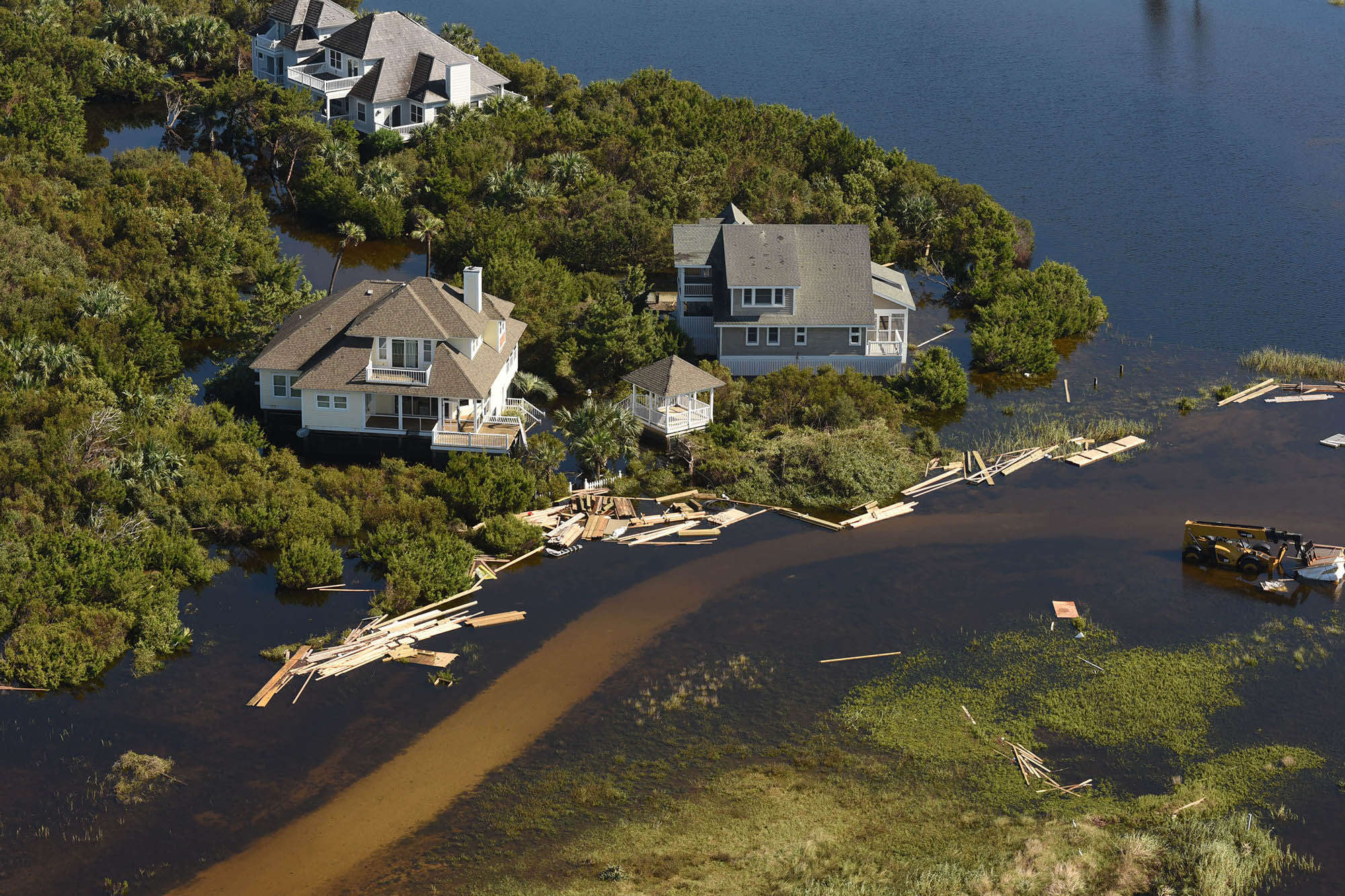 Hurricane Florence plunged Bald Head Island into a state of emergency. The island finally reopened to everyone on Oct. 1. Photo by Ken Blevins/Star-News. 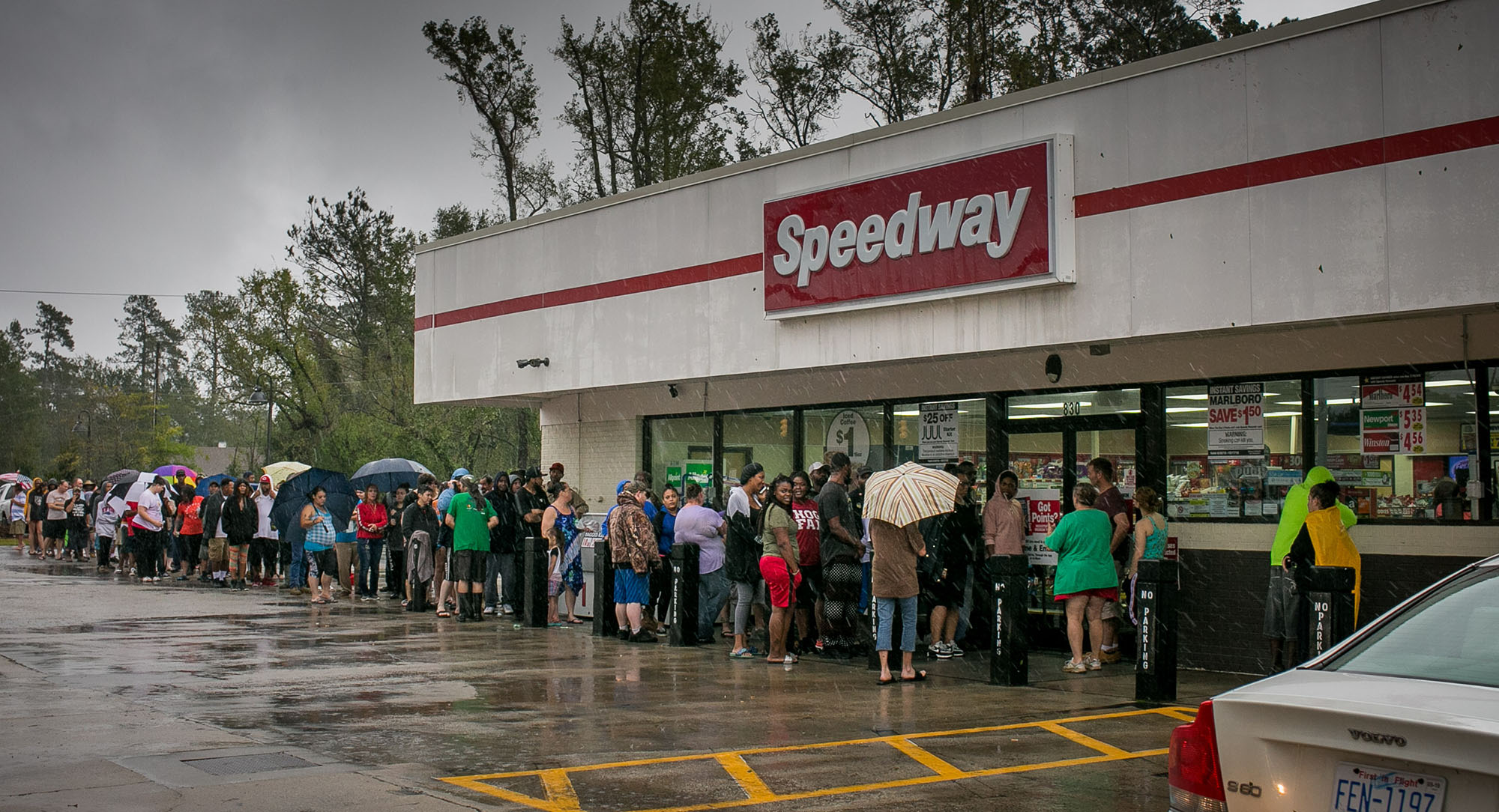 On Sept. 15, a day after landfall, a line forms at a Speedway convenience store and gas station in Jacksonville, Onslow County. Photo by Justin Kase Conder.

Left: Oriental, in Pamlico County on the Pamlico Sound, suffered major damage from Hurricane Florence. Photo by Liz Roll/FEMA. Right: Friends, family and neighbors made quick work of gutting this house, one of many that flooded in a neighborhood off Oaks Road in New Bern, Craven County. Photo by Sarah Spiegler. 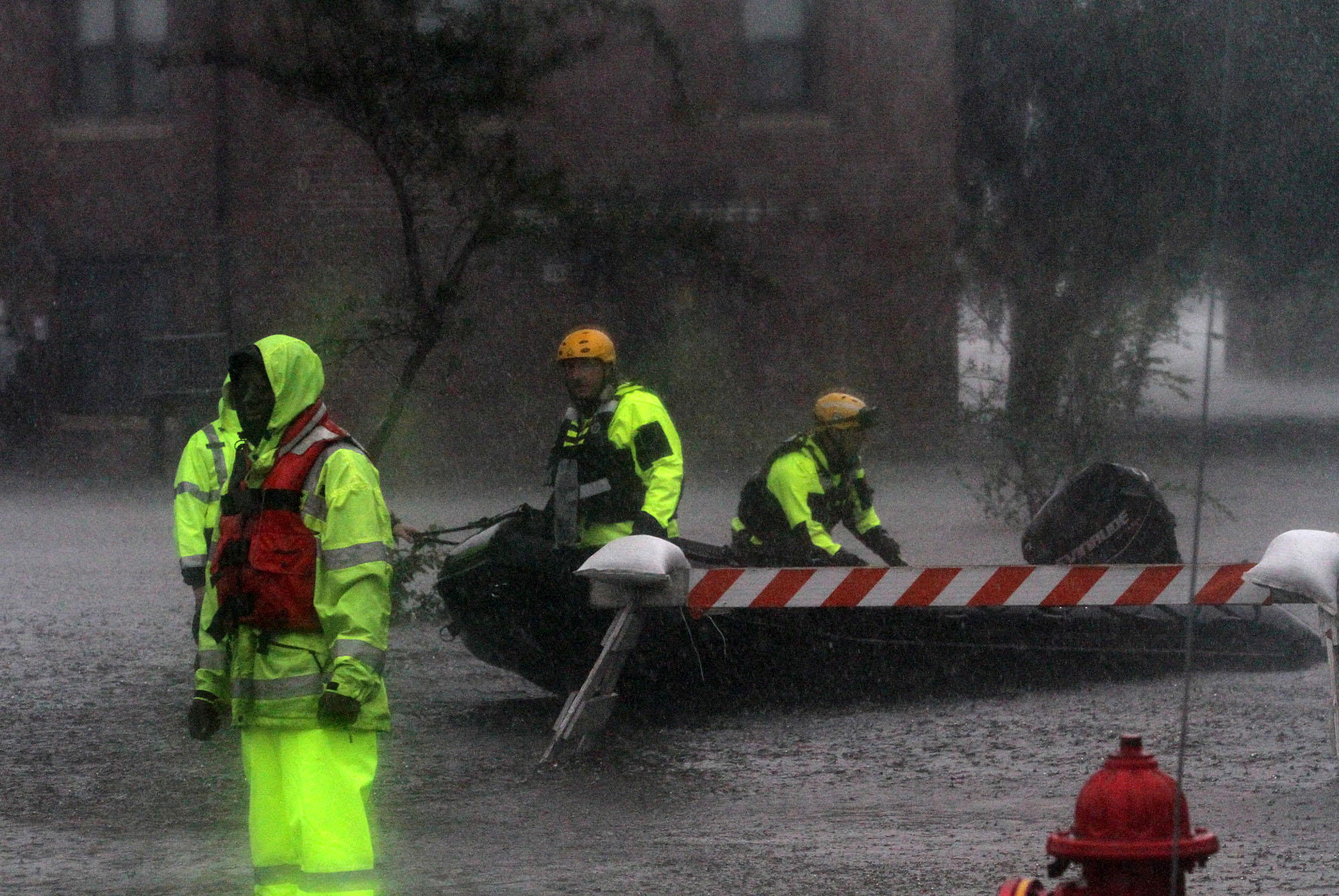 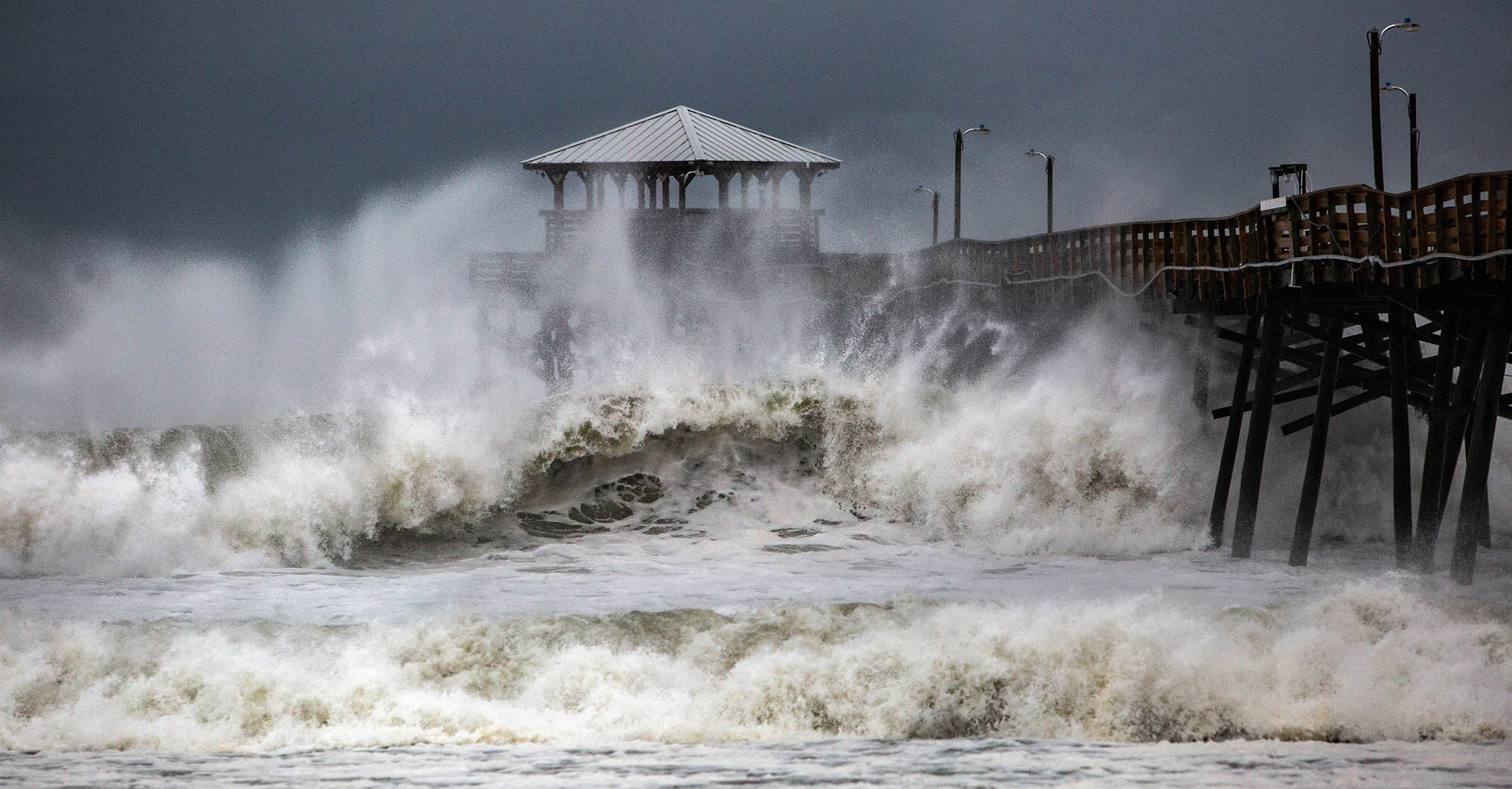 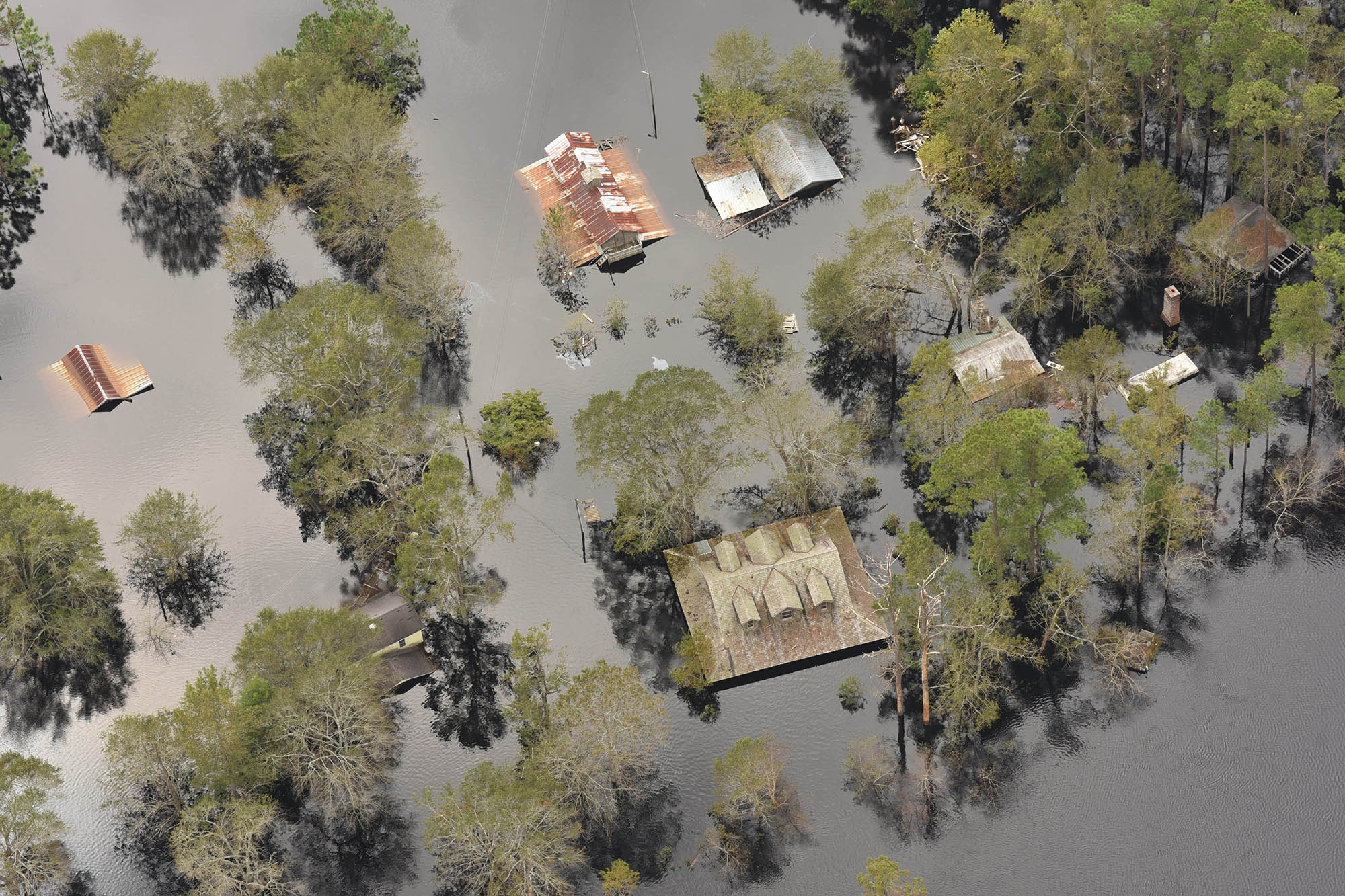 Left: Lt. Keith Ramsey with the Pender County Sheriff’s Office walks out to a boat while taking part in rescue operations in Burgaw. Photo by Matt Born/Star-News. Right: Two brothers remove debris from their family’s yard in Jacksonville on Sept. 15. Photo by Justin Kase Conder. 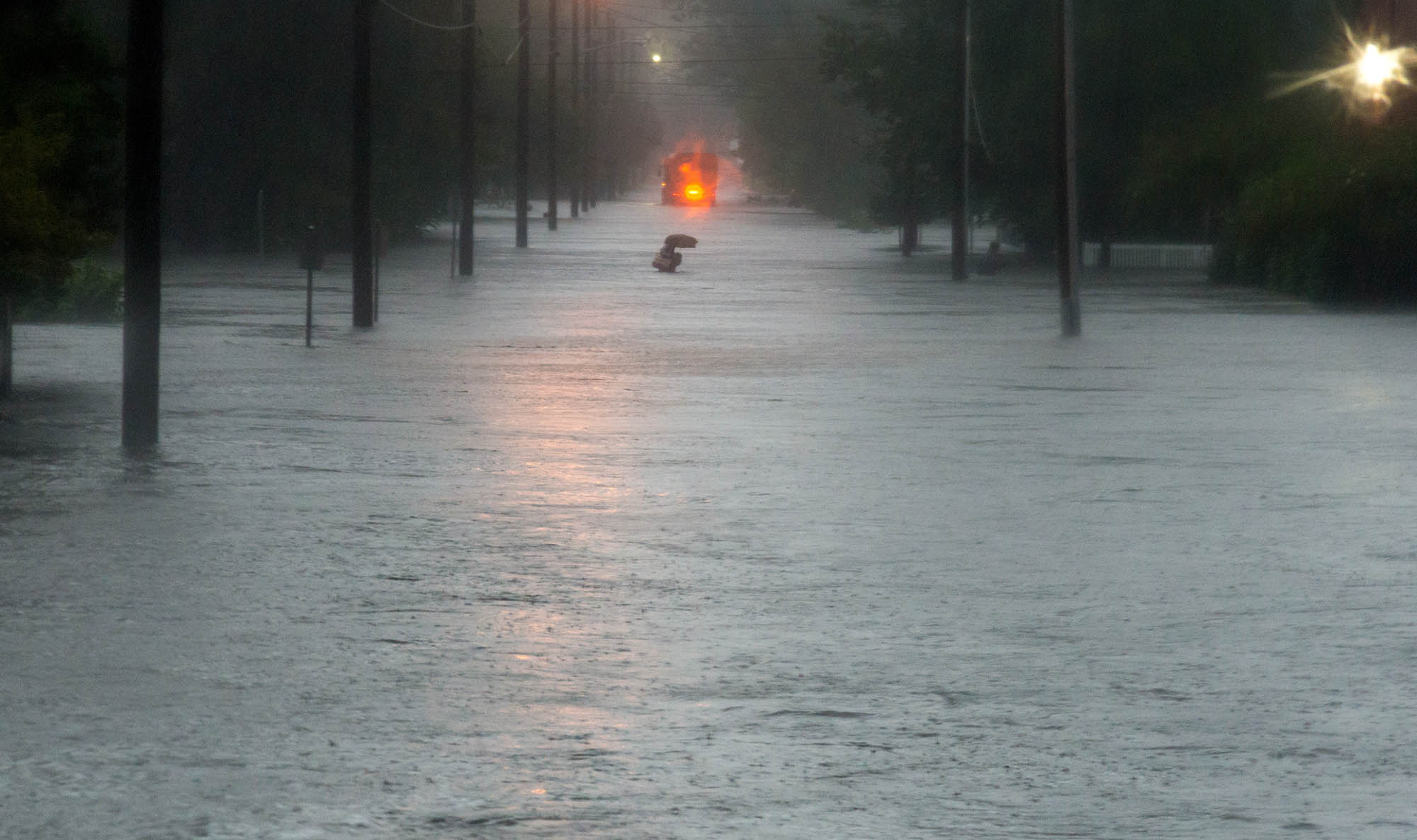 With Hurricane Florence in full swing and water waist-deep, some residents decided to self-evacuate in Washington, Beaufort County. Photo by Liz Roll/FEMA. 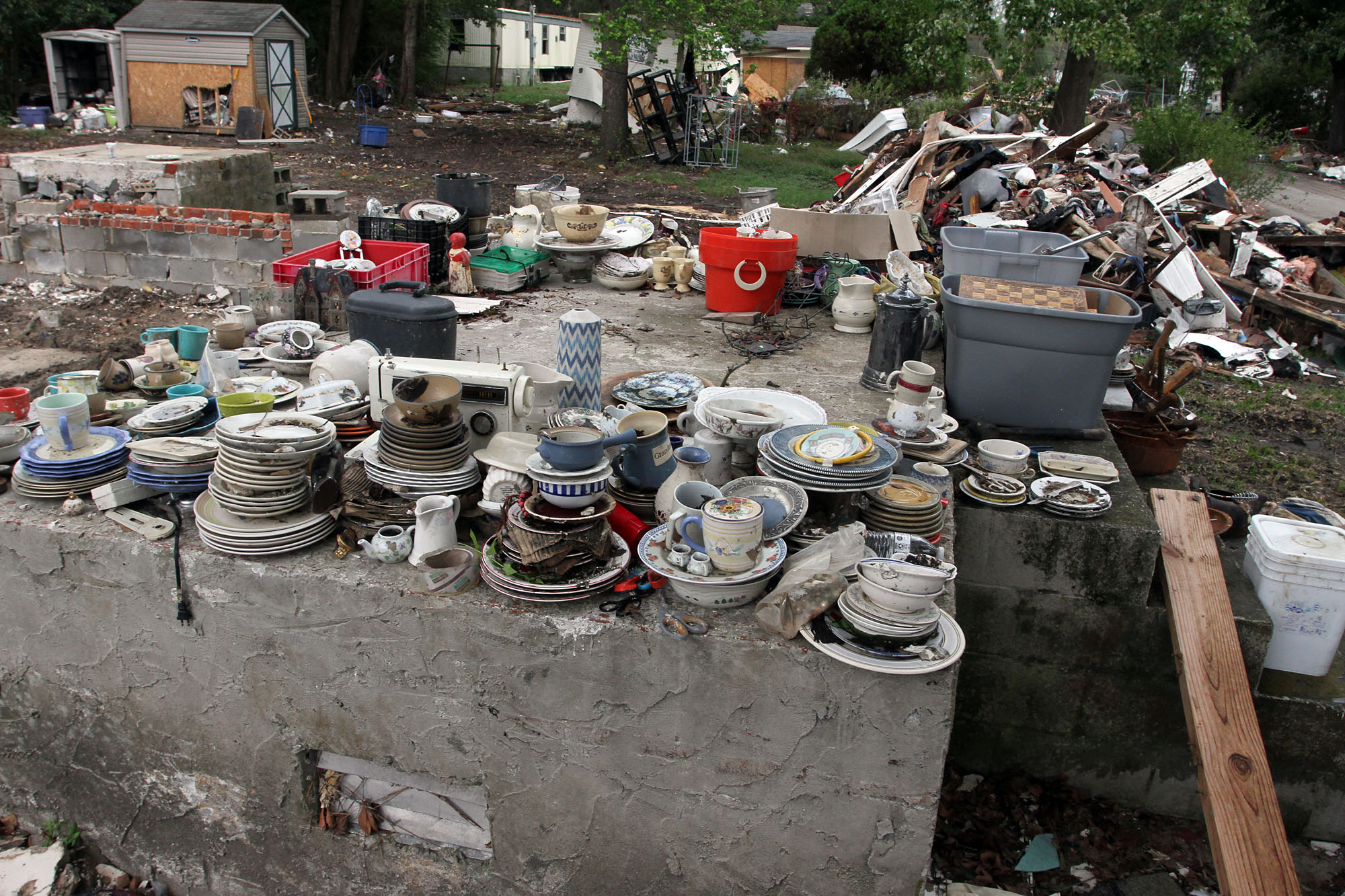 Weeks after Hurricane Florence, dishes and other belongings were stacked outside a storm-destroyed house in the Oaks Road neighborhood in New Bern. Photo by Gray Whitley/Sun Journal. 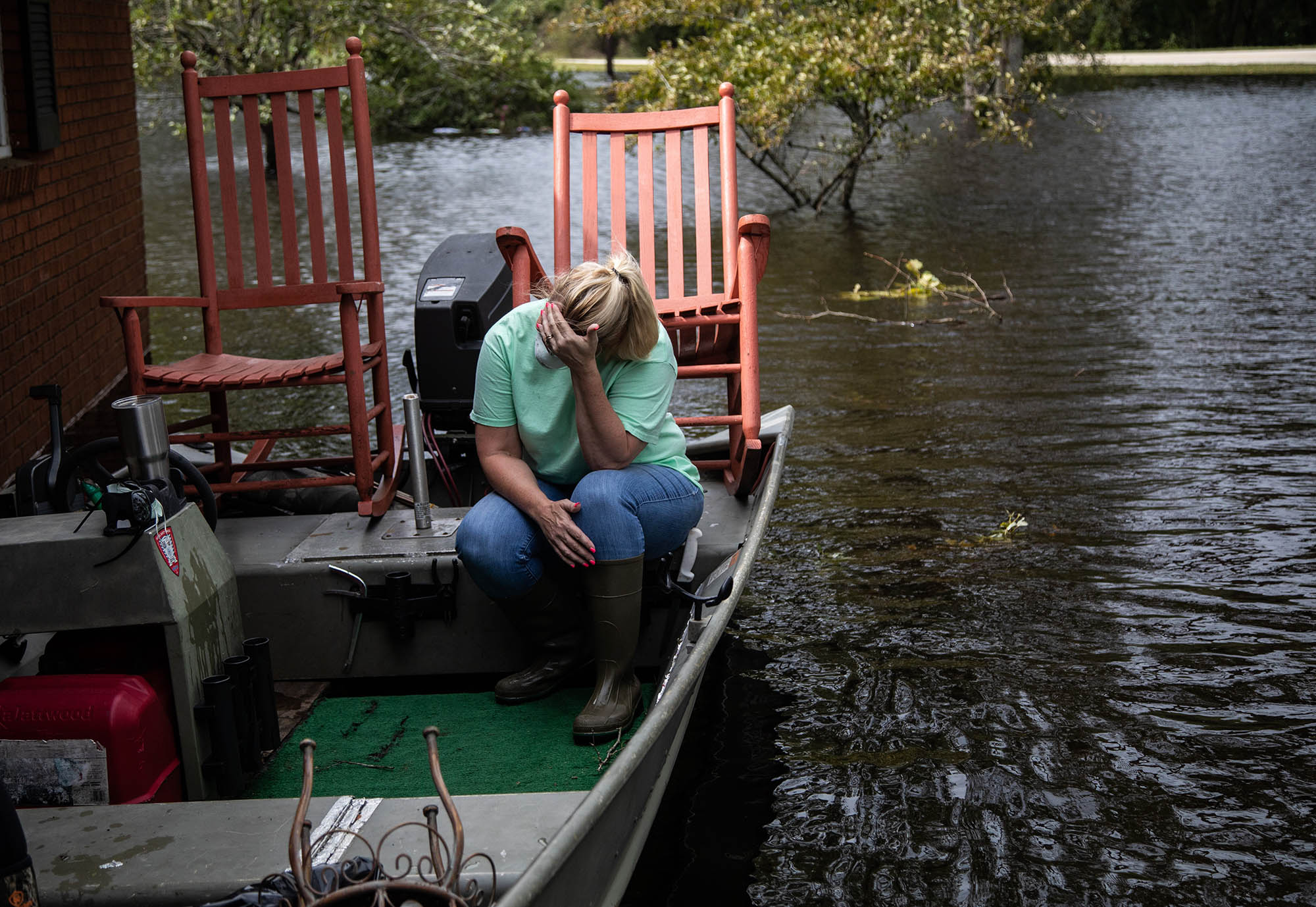 A resident of Trenton, in Jones County, removes possessions from her flooded home. Water inundated hundreds of homes across the county. Photo by Travis Long/The News & Observer.

For more details on Florence, check out these summaries from the NWS offices in Newport/Morehead City and Wilmington, as well as this blog post by the N.C. Climate Office.