After six years, gentle giants have returned to nest on North Carolina beaches.

Theirs was a long journey. Leatherback sea turtles undertake migrations of up to 3,700 miles from their feeding grounds to where they breed and nest. In total, they can travel up to 10,000 miles a year.

They often choose sites in the Virgin Islands or Costa Rica. In the past few decades, they have started to nest on Atlantic Florida beaches in large numbers — and occasionally they make it to North Carolina.

At the end of May, a few lucky beachgoers spotted the nests. Rangers with North Carolina State Parks and the National Park Service quickly marked the areas to protect them.

Altman suggests the same female turtle may have laid the two nests. Female leatherbacks lay multiple clutches a year, and the time between when the two nests were laid corresponds to the amount of time a female needs between clutches. Later, DNA analysis from egg samples will determine the parentage. 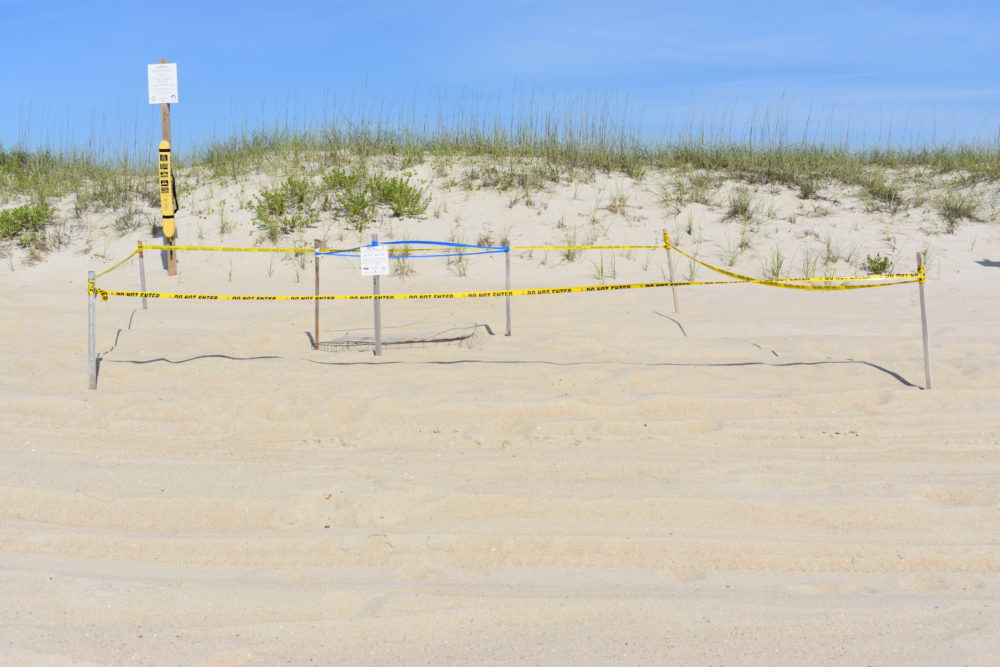 Leatherback sea turtles nesting in North Carolina are rare, says Matthew Godfrey, a biologist with the N.C. Wildlife Resources Commission. “There have only been 39 total confirmed nests by leatherbacks on North Carolina beaches since 1966,” he notes.

By comparison, loggerhead sea turtles are more common in our coastal waters.

Leatherbacks are uncommon on our beaches and are wondrous sights. They are the largest sea turtles on Earth, weighing up to 2,000 pounds and reaching up to 8 feet long. Instead of a hard shell, they have a flexible and rubbery carapace, which inspired their name.

The carapace isn’t a single structure, but instead a mosaic of small bones, characterized by seven prominent ridges. These ridges, and the turtle’s size, make them easily distinguishable from the more common loggerhead turtles. Leatherbacks also have a far larger range than other species.

Once prevalent in every ocean except the Arctic and Antarctic, leatherbacks are now endangered in the United States and vulnerable worldwide. Population trends vary per region, however. “In the North Atlantic, it appears that leatherback nesting populations have been stable or increasing for the past few decades,” Godfrey says. “In recent decades in the East Pacific, nesting populations have shown decline.” 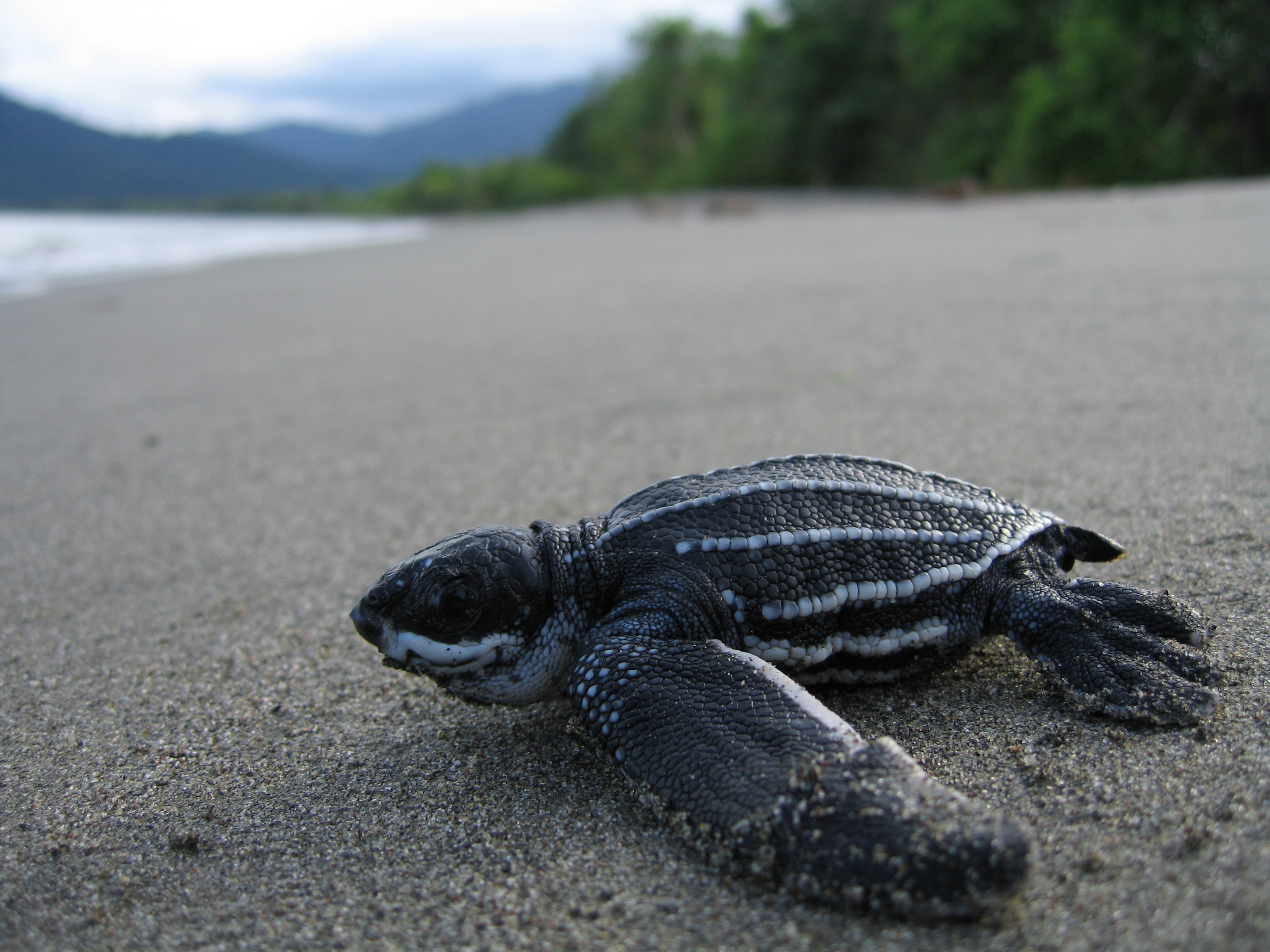 To protect the fragile eggs found on Fort Fisher and Cape Lookout, staff members and volunteers have marked the sites and erected barriers to prevent the eggs from being trampled.

The eggs are expected to hatch after about 60 to 80 days of incubation. When the hatching date nears for each site, the section of the beach around each nest will be closed off. This way, the grooves that cars leave in the sand will smooth out, giving the small hatchlings a higher chance of making it to the ocean, Altman explains.

Anyone who spots a turtle or nest on the beach should report it to a park ranger or local sea turtle group. Park officials also ask that visitors don’t disturb the animals.

Pictures can help rangers with identification, but rangers tell beachgoers to avoid using a flash. When used at night, even a quick camera flash can startle mothers during nesting and also can confuse hatchlings when they’re trying to find their way to the water.

Where the hatchlings go after reaching the waves is a mystery. “Little is known about leatherback turtles between the time they enter the ocean as hatchlings and are seen again foraging or nesting as adults,” Godfrey says.

Mothers, meanwhile, will follow their own course. This time of year, “typically leatherbacks migrate up the Atlantic coast following jellyfish,” Altman says. “They can go as far up as Canada.”

This article was first published in the Summer 2018 issue of Coastwatch.