Alicia M. Cheripka, Jill Hamilton, Chrissy Hayes and William Thaxton are among the finalists. Following placement in federal and congressional offices, they will begin the fellowships in February 2019.

This year marks the 40th anniversary for the esteemed program. More than 75 graduate students from North Carolina have served as Knauss fellows since 1979.

“One of the most remarkable successes of the Knauss program has been the long-sustaining network, with personal and professional relationships that benefit these individuals throughout their careers,” says Susan White, executive director of North Carolina Sea Grant.

“Individuals I’ve been lucky enough to know — including N.C. fellows, as well as others from across the Sea Grant network over the past decade with whom I’ve worked — bring a level of professionalism and situational awareness to their work that makes them stand out in their fields.”

This year’s finalists from North Carolina already have accumulated a wealth of experience. Their collective educational background and service have supported residents and ecosystems from Indonesia to Oahu and from Peru to Sierra Leone. 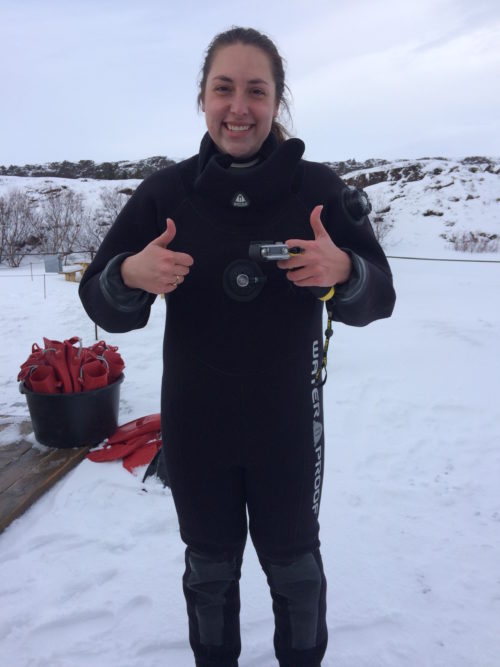 Alicia M. Cheripka graduates in August from the University of North Carolina Wilmington with a master’s degree in marine biology. Her thesis project included creating a model to determine how various marine protected area network configurations affect species. She currently works as a research assistant with J. Will White at the Quantitative Marine Ecology Lab at UNCW.

During Cheripka’s work in Indonesia as a research assistant for Operation Wallacea, a United Kingdom-based research organization, she witnessed the struggles of conservationists and managers as they tried to develop a fishery-based economy. In collaboration with scientists and students from around the globe, she conducted biodiversity studies, monitored coral habitats and educated fishermen on the importance of preserving fishery habitats.

The project in Indonesia caused a local shift to habitat conservation for ecotourism, as well as diversification of the local economy through kelp aquaculture and the inclusion of new low-impact fishing techniques. It was Cheripka’s first experience with the translation of primary science into real-world solutions.

Cheripka plans to continue to explore the relationship between scientific research management and decision-making in order to strengthen her insights into North Carolina fisheries. 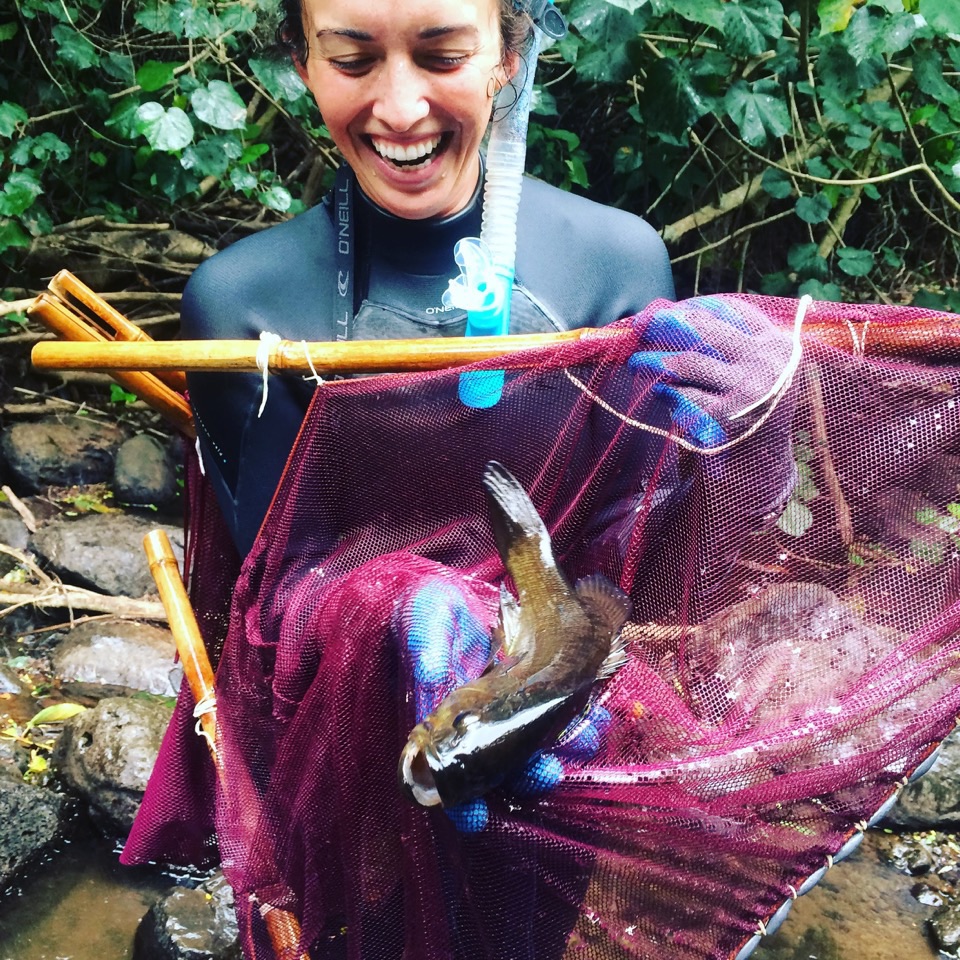 Previously, she was a graduate student researcher at the Southeast Fisheries Science Center, as well as an oceans intern at the Environmental Defense Fund. Before graduate study, Hayes worked with Tulane University as a research associate on the island of Oahu, Hawaii. While there, she hosted lectures for elementary school teachers and state employees about her group’s research and its implications for stream conservation. The experience motivated her to address similar issues while in graduate school.

Hayes now works to identify opportunities to bridge gaps between science and communities. For example, she developed a policy analysis that has guided EDF’s upcoming Pacific fisheries work. 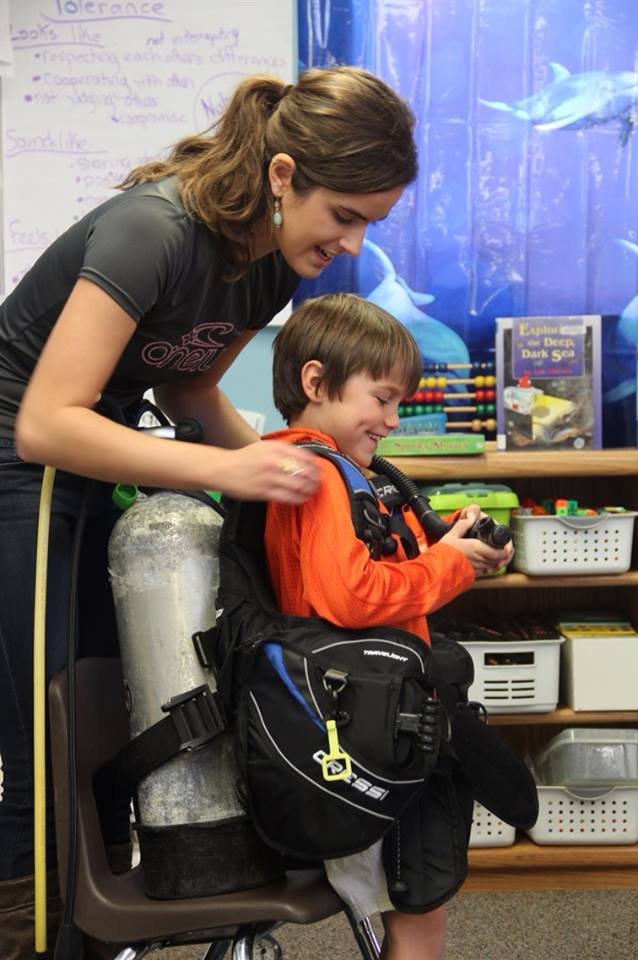 Jill Hamilton graduated with a master’s degree in environmental management from Duke University. Her thesis focused on aid for small-scale fisheries, analyzing the extent to which aid organizations have improved ecosystems and livelihoods
in coastal fisheries. She currently volunteers with the Environmental Law Institute on the Gulf of Mexico Policy Team.

Additionally, she completed a research project on fisheries learning networks, producing a report that today guides the EDF fisheries strategy in 10 Cuban communities and other locations globally.

Inspired by the collaborative marine policy initiatives between the United States and Cuba, Hamilton helped to organize a panel for the 2018 Tulane Environmental Law & Policy Summit, “Gulf Marine Sanctuaries: Cuba, Mexico, and the U.S.” This year, she also helped organize a policy workshop in Mérida, Mexico, to explore policy and regulatory reforms for expanding collaborative marine conservation initiatives among the United States, Mexico and Cuba. 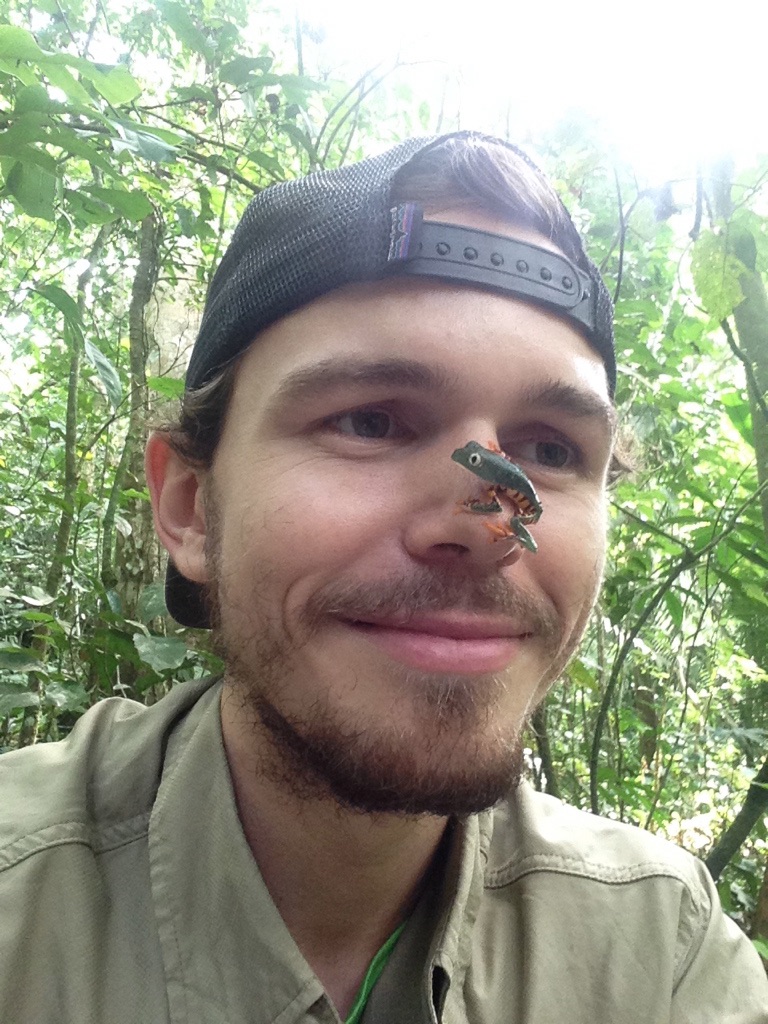 Paddling, hiking and fishing around North Carolina’s Outer Banks first sparked William Thaxton’s love for nature and the ocean. He will complete his master’s in biology at East Carolina University this fall, where he has explored the effects of climate variability on several commercially important marine fishes in Beaufort Inlet. At ECU, he also has served as vice president of the university chapter of the American Fisheries Society.

During his time as a National Oceanic and Atmospheric Administration Hollings intern in Santa Cruz, California, Thaxton received a merit award and worked on a project involving the distribution and diet of juvenile salmon.

Throughout his work on different projects, Thaxton has surmounted challenges of many varieties, including equipment malfunction, navigation error, inclement weather and even personal injury. In the Amazonian rainforest, with limited resources, he improvised field techniques to collect frogs and survey insect communities under extremely harsh and often dangerous conditions.

North Carolina’s finalists for the 2019 Knauss Fellowship will join 1,200 professionals who have received hands-on experiences bringing science to policy and management through one-year appointments with federal government offices in Washington, D.C.