Don’t Wait for Shark Week to Use Your Shark Sense 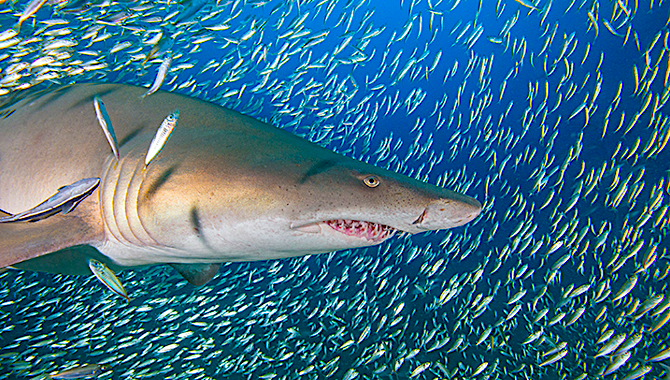 See also: “Sharks in North Carolina: Reduce Your Risk of an Encounter”

Before getting too worried about sharks during oceanside or sound-side swims, summer beach visitors easily can educate themselves about these sea creatures.

Thanks to NOAA and North Carolina Sea Grant, there’s a smart Shark Sense brochure that gives a surface view of sharks found along the Atlantic and Gulf regions. These three-fold brochures are available at Jennette’s Pier in Nags Head and the N. C. Aquarium on Roanoke Island, as well as online.

According to Shark Sense, these sleek, fast swimmers have been living in the worlds’ oceans for 400 million years. Along the way, they’ve developed a reputation as a dangerous fish.

But how dangerous are they to the average person, who may only swim in the ocean a handful of times a year?

They’re really not, according to George Burgess, now the retired director of the International Shark Attack File in Florida.

“Bees, wasps and snakes are responsible for more fatalities a year,” Burgess said. “The reality is that, on the list of potential dangers encountered in aquatic recreation, sharks are at the bottom of the list.”

Some scientists believe that there have been more accounts of shark attacks for two main reasons — more people than ever are swimming in the ocean, and attacks that perhaps weren’t even reported before are now big-time news.

One thing is for sure, you can reduce your chance of a shark encounter by following a few common-sense rules: stay in a group, do not swim or paddle too far away from shore, do not swim if you are bleeding, avoid shiny jewelry, and stay away from anglers using bait or chumming.

Perhaps the most important tip comes from Robert Hueter, director of the Center for Shark Research at Mote Marine Laboratory in Florida: “Between the months of five through nine, go swimming in the ocean from nine to five.” 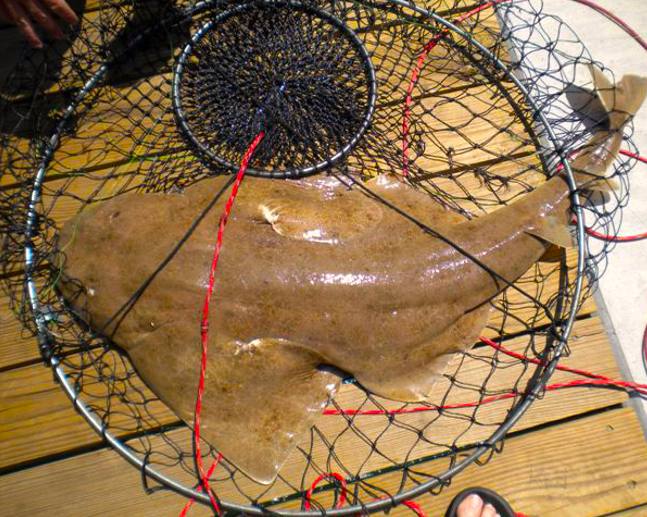 This Atlantic angel shark was caught on a bottom rig and then quickly released back into sea at Jennette’s Pier in Nags Head. Photo courtesy of Jennette’s Pier.

Shark Sense reports that “more than 350 different species of sharks inhabit the world’s oceans. They come in all sizes and shapes — from the huge whale shark that grows up to 40 feet long to the lantern dogfish that reaches only 7.9 inches.”

Visitors to the Outer Banks may see fishermen pulling sharks in from the sea. Frequently, they are catching smooth or spiny dogfish. Additional sharks swimming in the waters surrounding these barrier islands include sandbar, sand tiger, sharpnose, blacktip, spinner, dusky, hammerhead, bull and tiger.

Shark fishing is not permitted at Jennette’s Pier. For those who want to view live sharks, visit the N.C. Aquarium on Roanoke Island when it reopens.

Read “Sharks in North Carolina: Reduce Your Risk of an Encounter”

Less than a year after the North Carolina Aquariums launched the Spot a Shark USA citizen science program, the initial findings could play a significant role in the protection of the sand tiger shark — a globally designated vulnerable species whose presence is linked to healthy aquatic ecosystems.

« You Can’t Plan for a Change of Plans
Celebrating Latino Conservation Week: Spotlight on Frank López »