Above: New Community Collaboration Research Grant projects include a study of how the seafood industry faces chronic pressure and acute events. Photo by Barbara Garrity-Blake.

When Science Intersects with Local Expertise

Five new partnerships are tackling pressing issues, with the help of funding from the North Carolina Community Collaborative Research Grant Program. Topics include water quality treatment in wetlands; algal blooms and cyanobacteria; and community resilience in the face of natural disasters.

Each project is required to take a collaborative research approach that couples local knowledge from the community with expertise of academic partners. This combination encourages creative problem-solving related to coastal and water related challenges that N.C. communities face.

“We are excited to continue to bring together new sets of researchers and community partners,” says Susan White, executive director for Sea Grant and WRRI.

“The projects selected for CCRG support in 2019 continue to connect and bring together experts from higher education institutions, local community stakeholders, businesses, nonprofits and government organizations to work collaboratively for the benefit of North Carolina.”

With the addition of WRRI, the CCRG program is now statewide. The new projects and their respective partners include: 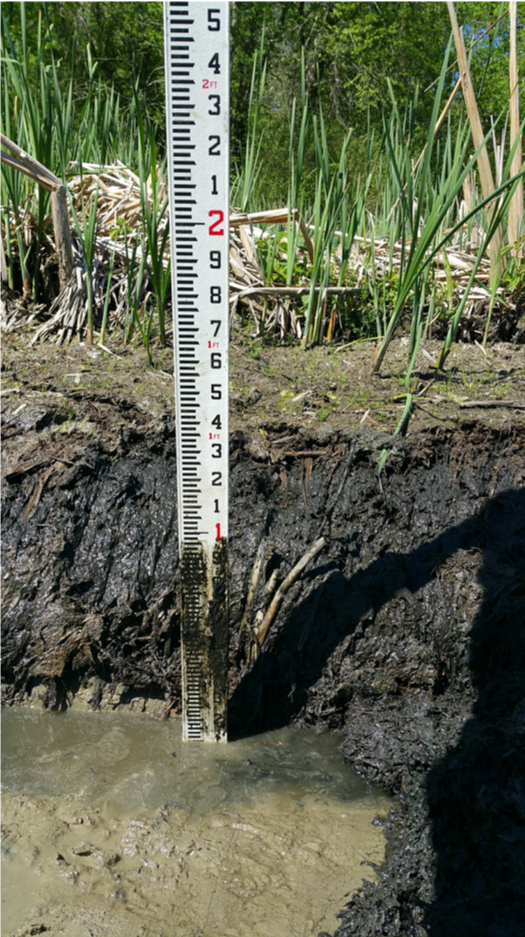 “There is adequate guidance about how to build them, but almost none about how to restart wetlands after they get older so they can continue to provide efficient treatment of wastewater,” says Michael Burchell, an engineer at NC State.

Over time, levels of plant biomass increase in wetlands. As that biomass begins to break down, the total nitrogen in the water increases. Building off ongoing work from a WRRI grant, and an earlier Sea Grant project, the current study is testing two methods to improve constructed wetland efficiency and limit the causes and effects of increased nitrogen.

“If our techniques are successful, not only will the town benefit, but the work also has enormous implications for our ability to educate wastewater treatment operators in North Carolina and outside of our state about how to keep constructed wetlands performing efficiently,” Burchell says.

“We have cleaned out an entire wetland cell — and our preliminary water quality measurements indicate that the water coming out of the rehabilitated wetland cell is much cleaner.” 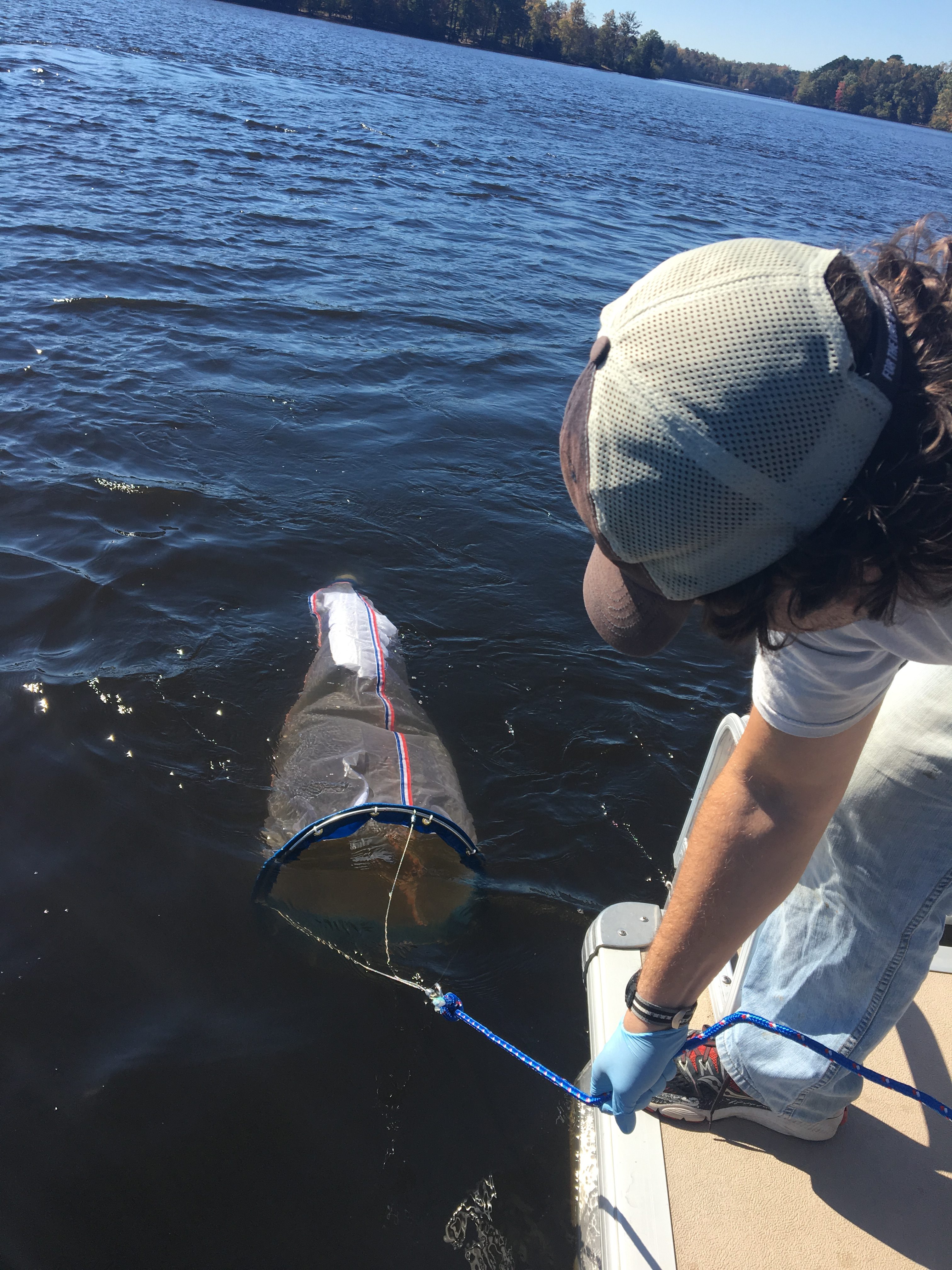 Scientists are exploring whether cyanotoxins accumulate within common fish and blue crab in the Chowan River- and if consumers face any risk of exposure. Photo: Astrid Schmetzer

Harmful algal blooms, such as those caused by cyanobacteria and the toxins they produce, in water systems are a growing threat for local communities, government agencies and public utilities. This year, the N.C. Department of Environmental Quality has already issued multiple warnings for the public and pets to avoid blooms in northeast North Carolina, including in the Albemarle Sound and Chowan River.

When present, algal blooms may affect drinking water, tourism and wildlife suitability. Of particular concern is their impact when ingested by humans through seafood.

“Cyanotoxins can be passed through the food web and affect humans who consume contaminated fish or crab,” explains Astrid Schnetzer, marine ecologist at NC State University.

“This project will allow a thorough examination on whether cyanotoxins are accumulated within common fish and blue crab in the Chowan River and, by that, show if there is a risk of toxin exposure for consumers,” Schnetzer says.

The study, called “Food Web Transfer of Cyanobacterial Toxins in the Chowan River and Western Albemarle Sound,” will provide a baseline for potential food web impacts from cyanotoxins. “The aim is to provide information that can help establish if monitoring of certain animal species is needed, and if so, what type of toxins need to be considered,” Schnetzer adds.

The Chowan Edenton Environmental Group has been active in community science projects in the region, including regarding the blooms. 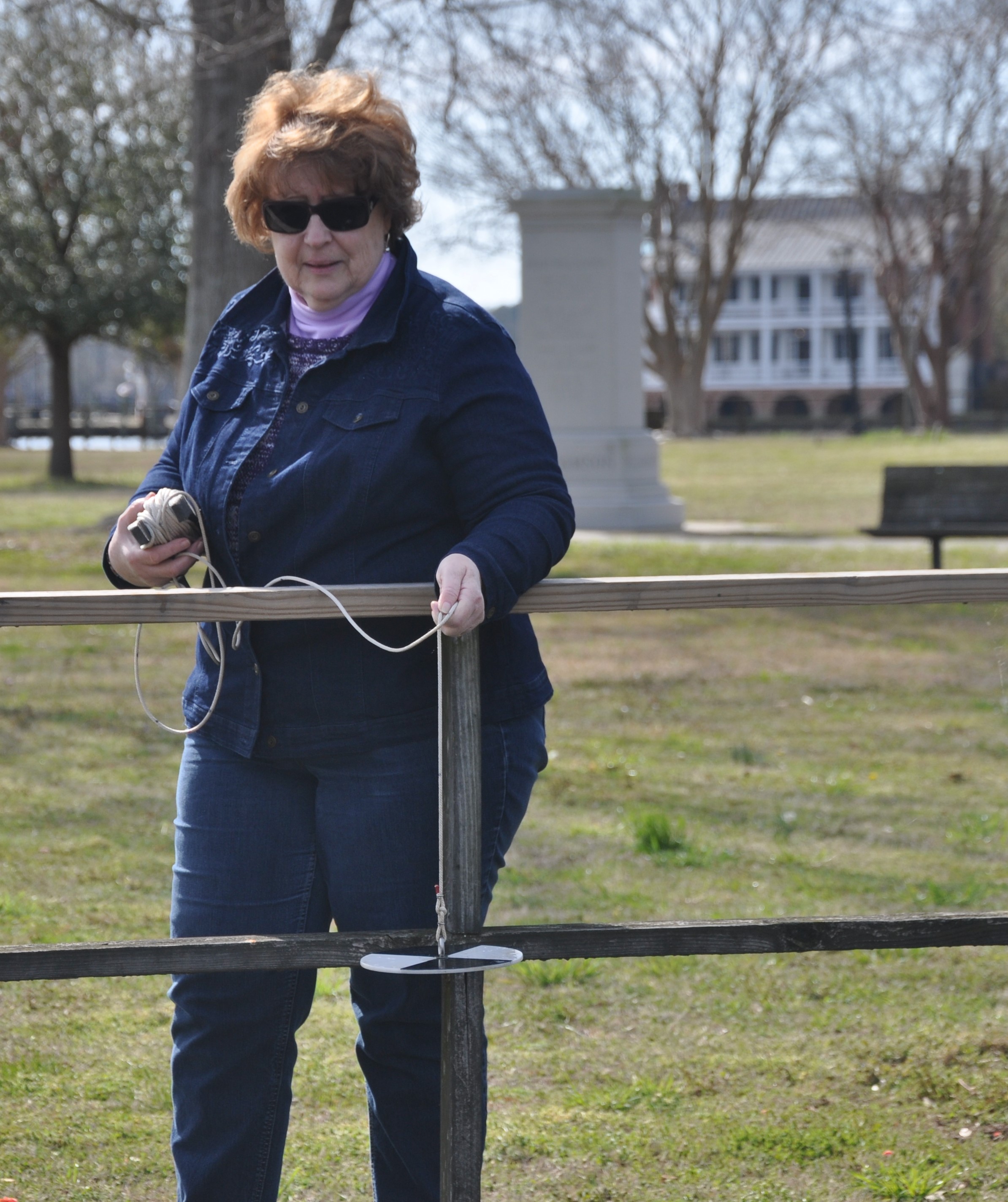 Colleen Karl, of the Chowan Edenton Environmental Group, says her community has many questions about the resurgence of blue-green algal blooms. Courtesy of Colleen Karl.

“Our community has many questions about the resurgence of blue-green algal blooms in the Chowan River,” says Colleen Karl, of the Chowan Edenton Environmental Group. She is part of a team working on “Using Citizen Science to Understand Nutrient Limitation of Algal Blooms on the Chowan River: Filling Critical Data Gaps and Promoting Community Engagement” to respond to these concerns. Already this year, state officials have issued warnings to avoid contact with algal blooms in northeast North Carolina.

The new project aims to determine the nutrient status in Edenton Bay of cyanobacteria blooms, which can degrade waters for wildlife, recreation and tourism.

The collaborators also hope to engage and educate the local community about the effects of eutrophication in their own lives. “We are excited to share this work with our community to spark more enthusiasm for doing science in our backyard,” Karl adds.

The team plans to launch a website to coordinate a citizen-science effort. That effort will include examination of a series of microscopic images of cyanobacteria in order to understand the role of nitrogen fixation in promoting cyanobacteria blooms in ecosystems where nitrogen is limited.

The partners for this project and a second group of CCRG collaborators provided a combined outreach event in Edenton in August to share preliminary results with community members and local leaders. 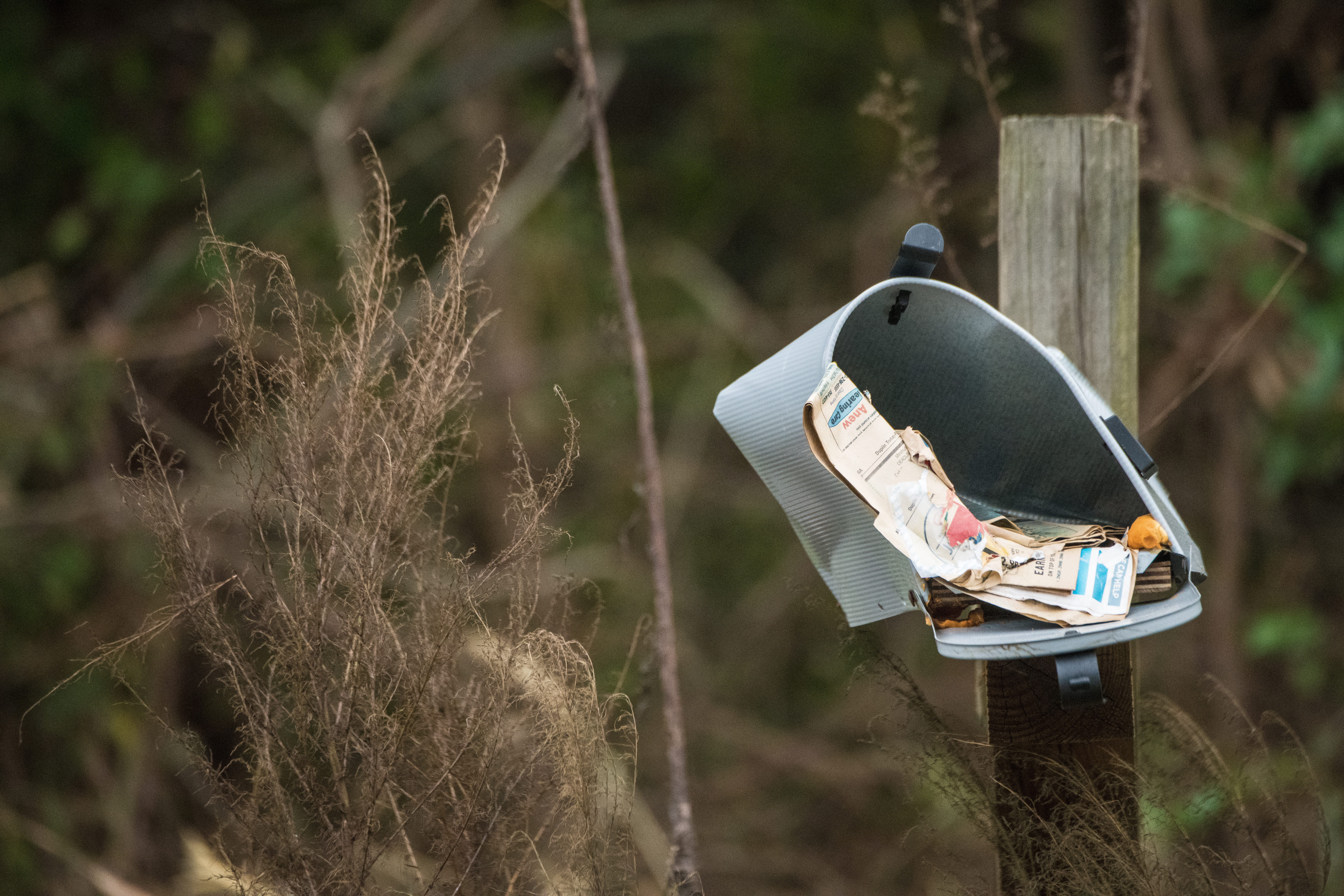 Hurricane Florence, which hit North Carolina in September 2018, illustrated the importance of community efforts before, during and after a storm. Preparedness in each of these three phases is critical to long-term community resilience, particularly in small, rural communities like those found in eastern Carteret County.

The “Connecting for Resilience: Understanding Community Networks and Their Role in Disaster Preparedness and Response” project aims to understand how communities mobilize in the face of disaster using social networks.

“With a better understanding of the social networks that were most important to various groups within the community — before, during and after Hurricane Florence — we can work with communities and elected officials to plan for future events,” says Duke University’s Lisa Campbell.

Researchers, including the community partners, are analyzing diverse organizations that serve varied needs. The goal is to see how they are connected to, and cooperate with, other organizations, individuals and groups.

“This collaborative project gives us a chance to mobilize academic research in direct service of the communities of eastern Carteret County,” Campbell says. 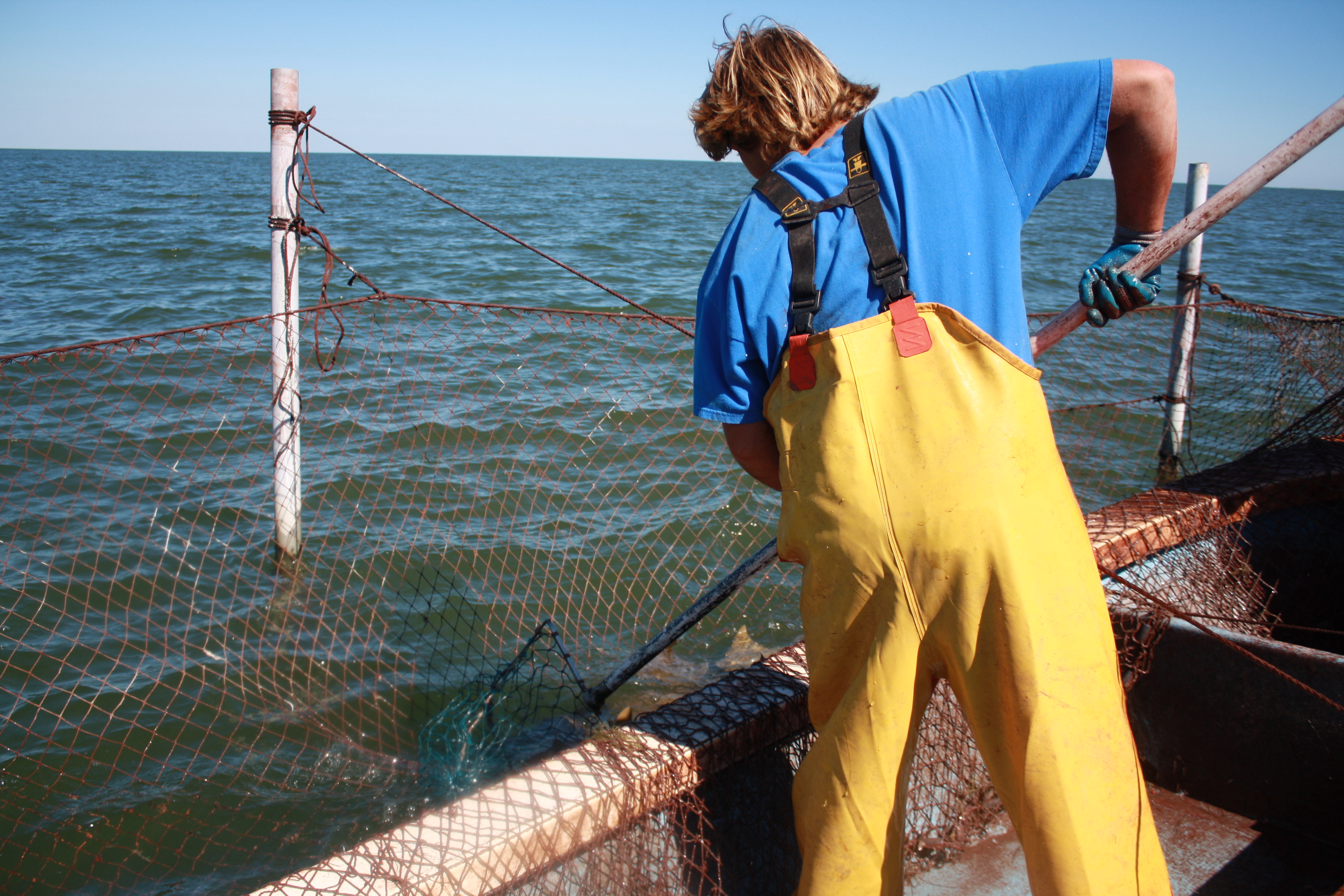 Researchers are conducting a much needed inventory of fish houses to see if the level of domestic seafood-packing capacity in N.C. has changed after Florence and Michael. Photo: Barbara Garrity-Blake

An active 2018 hurricane season took its toll on coastal North Carolina, causing an estimated $17 billion in damage to the seafood industry, with many of the impacts still unknown. The team collaborating on “In the Wake of the Storms: Working Waterfronts and Access in Coastal North Carolina” is working to determine the damage to North Carolina’s working waterfront and public access sites.

“Given the devastation wrought by Hurricanes Florence and Michael, we will consider how an industry already grappling with chronic pressures responds to acute events,” says Barbara Garrity- Blake, a cultural anthropologist at the Duke University Marine Lab.

Already facing long-term challenges — such as competition from imported seafood, changes in access to resources and a loss of working waterfronts — coastal communities have added rebuilding their way of life. As part of the damage assessment of these storms, “Our team will build on previous inventories of water-dependent fish houses to see if the level of domestic seafood-packing capacity in the state has changed,” Garrity-Blake says.

Preliminary results show that fish house owners and fishermen closely monitor official storm forecasts and also rely on local knowledge and experience to anticipate impacts, explains Susan West of Hatteras Island, who is part of the survey team. “They also understand how a subtle shift in direction or speed can dramatically alter the impact. ‘Prepare for the worst, pray for the best’ was something we heard,” West notes, citing written storm preparations lists developed by some businesses.

Initial results — including impacts to the fishing fleets, ecosystem changes, and damage to docks and processing facilities — are on the agenda for Day at the Docks on Hatteras Island in September.

from the Autumn 2019 issue of Coastwatch.