At the N.C. aquarium on Roanoke Island, a January cold snap resulted in about 180 sea turtle “patients” at the facility for rehab, almost all suffering from a condition called cold stun — the hypothermia that occurs when sea turtles are exposed to quick onset or prolonged cold-water temperatures.

As cold-blooded animals, sea turtles are vulnerable to climate change, because their life history and reproduction are tied to environmental temperatures. High temperatures in the nest increase hatchling mortality, as well as the proportion of female hatchlings produced. This, in turn, affects long-term viability of sea turtle populations. Worldwide, six of the seven sea turtle species are classified as threatened or endangered, which is why sea turtles are a high priority for natural resource managers.

In North Carolina, scientists wanted to know a little more about the risk to sea turtle populations from environmental changes. 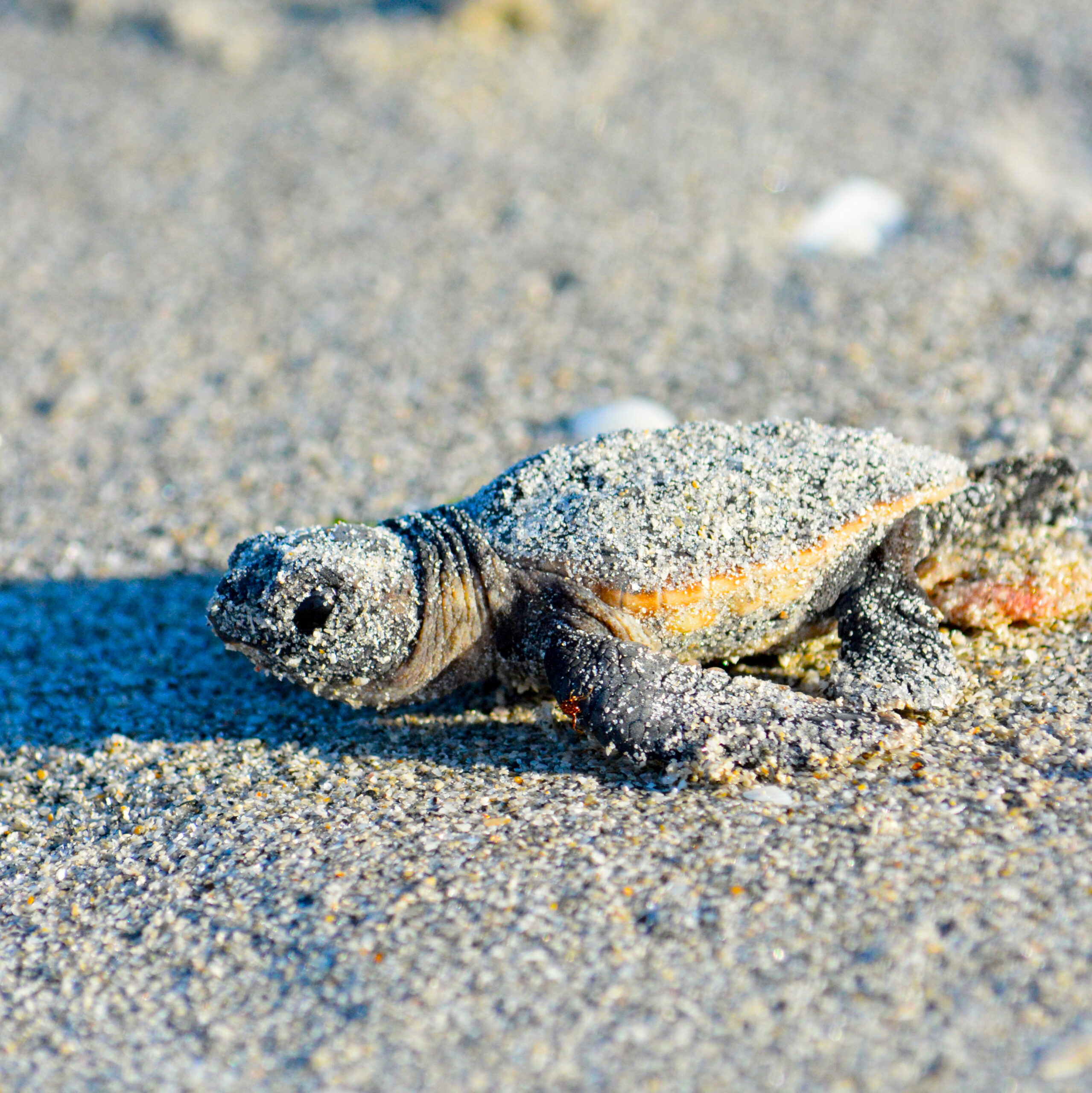 The very first steps of a loggerhead hatchling. Photograph by Jean-Lou Justine/CC-BY-SA 4.0.

Scientists at the University of North Carolina Wilmington wanted to see whether changes in climate over the past 25 years have affected incubation times or the proportions of male and female offspring of loggerhead sea turtles, a protected species.

Long incubation times often correspond to lower incubation temperatures (and, in turn, more male hatchlings). As a result, armed with information from NOAA’s weather station in nearby Southport and the Conservancy’s dataset of incubation times, the research team could calculate the percentage of male and female hatchlings for each nest.

The research team did not find evidence of significant changes over time in either hatching success — the portion of eggs from a nest that hatched — or in the dates of initial nesting. They did find that precipitation has a small effect on hatching success.