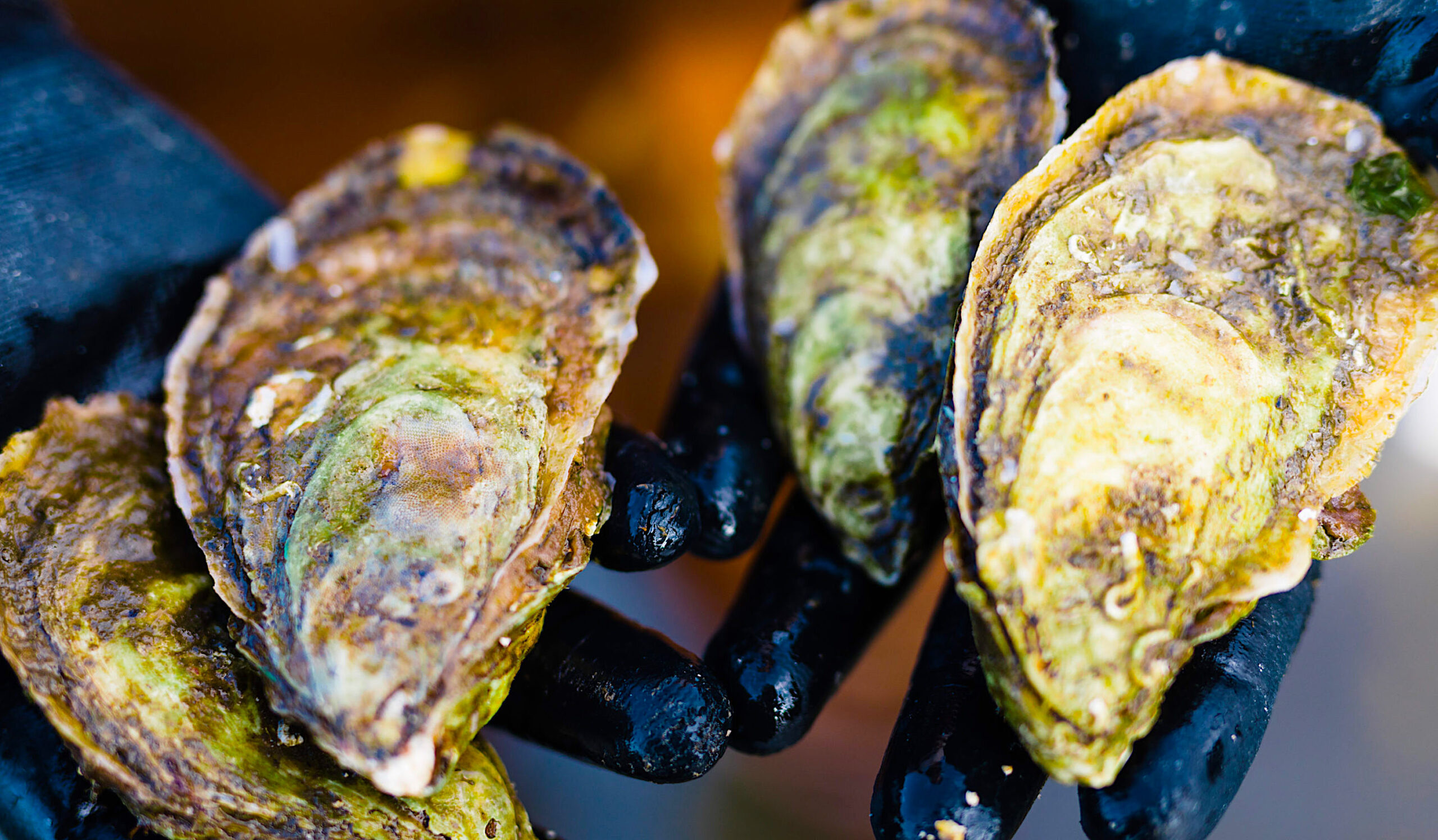 Two new North Carolina research projects on black sea bass and shellfish are among only 12 selected nationally to advance understanding of the economics of aquaculture and to provide businesses with critical market information.

“We are pleased to see these projects move forward to expand finfish and shellfish aquaculture opportunities in our state, and to share our lessons regionally and nationally,” says Susan White, executive director of North Carolina Sea Grant.

Both of the new projects are based at the University of North Carolina Wilmington. 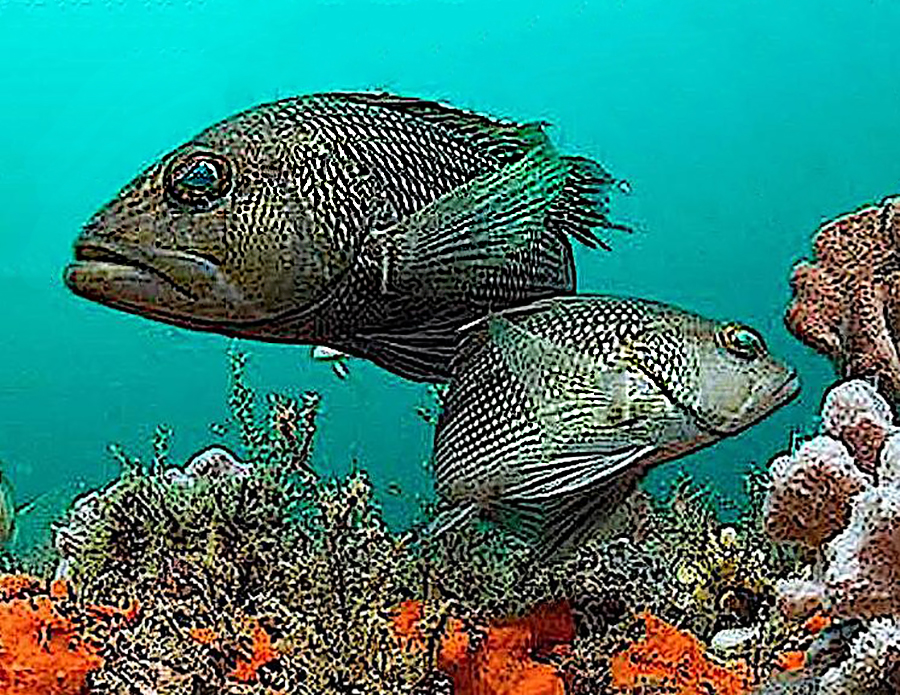 The team will look at the impacts of improved fingerling prices, more sustainable feeds, and faster growth from selective breeding.

“We will develop an economic model of a commercial land-based recirculating aquaculture facility that can be adapted for varied locations and scales of production,” Watanabe says.

“The potential impacts of faster fish growth resulting from selective breeding over five generations will also be analyzed,” Watanabe explains. “Such information is critical to identify economic constraints and opportunities, to aid researchers, investors, and policymakers, and to accelerate commercial production of marine finfish in the United States.”

“Our new project will support North Carolina’s blue economy by providing a business incubator, as well as marketing and economics tools for the shellfish cultivation industry,” Alphin says. “These tools will help growers address and respond to volatile conditions, uncertain markets, and varying demands.”

The incubator will offer mentorship for new and current farmers, Alphin adds, along with online tools for business management. 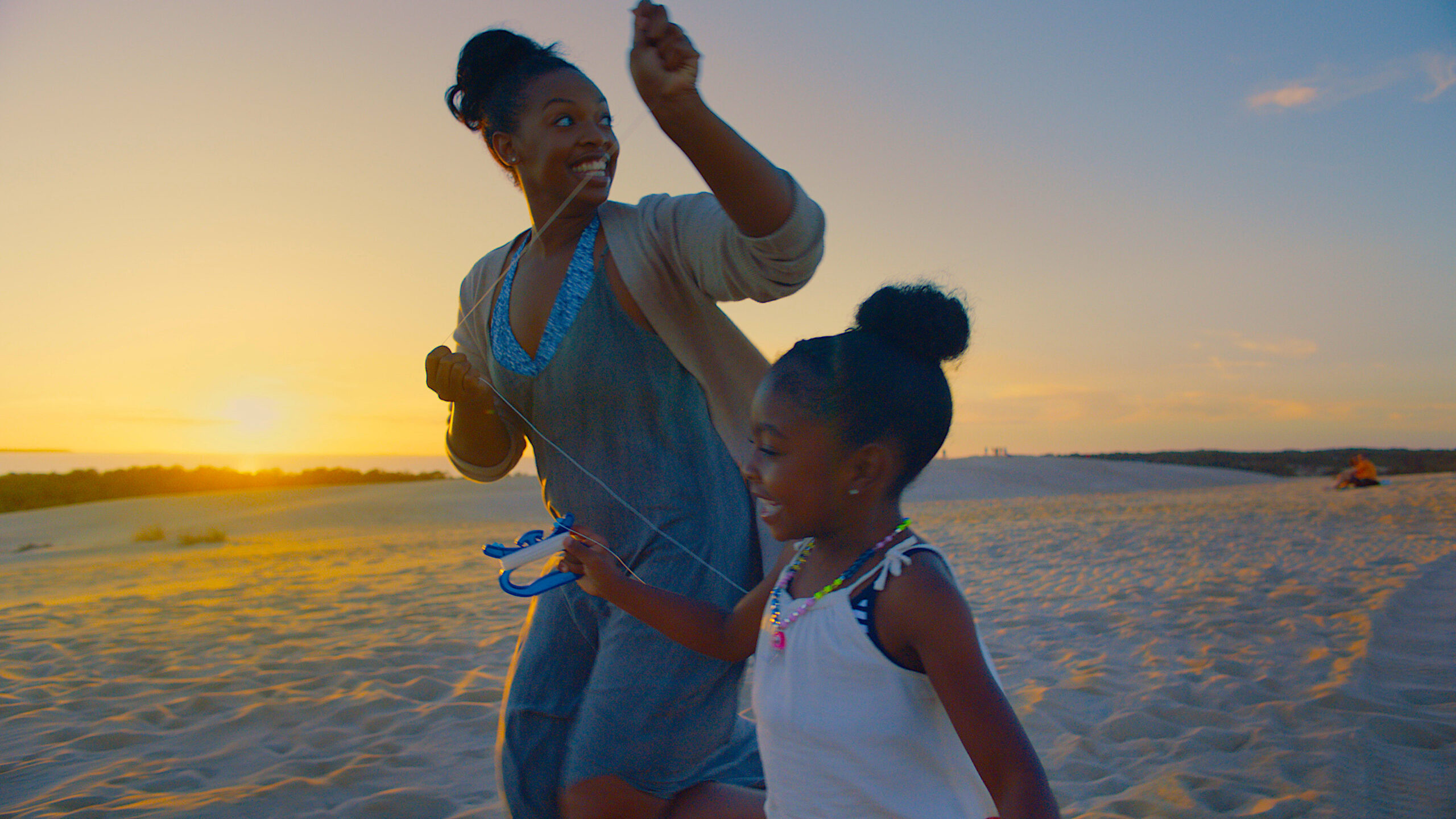 State parks and recreation areas welcomed 19.8 million visitors last year — 400,000 more than any other year on record and 1.2 million more visitors than in 2019.

“As we came together to face the pandemic, our state parks became a comfort in a time of isolation,” Gov. Roy Cooper says. “The records set in park visitation show that our outdoor spaces hold even greater value than we could have imagined before the challenges of the last year.”

Among 41 state parks and recreation areas, 28 reported increases in visitation in 2020, even though the majority of parks were closed for weeks at the outset of the pandemic.

Jockey’s Ridge State Park in Dare County reported the highest visitation at 1.9 million, and was among seven state park units that welcomed more than a million visitors. The others were Carolina Beach, Pilot Mountain, William B. Umstead, Fort Macon, and Eno River state parks, as well as Falls Lake State Recreation Area.

According to the Division of Parks and Recreation, visitors can help to reduce negative impacts in the parks by carrying a bag for their own litter, wearing a mask when they approach other visitors, and staying on trails to avoid damaging natural resources.

— adapted from a news release from the N.C. Department of Natural and Cultural Resources

The authors of the annotated atlas say that the last two decades brought new access to historical records, collections available through federal and state resource agencies, and other sources, all of which provided the opportunity to chronicle the state’s freshwater fish species even more comprehensively.

The atlas includes 257 species within North Carolina. Entries for each fish include a distributional map, descriptions addressing records and previous misidentifications, and much more. 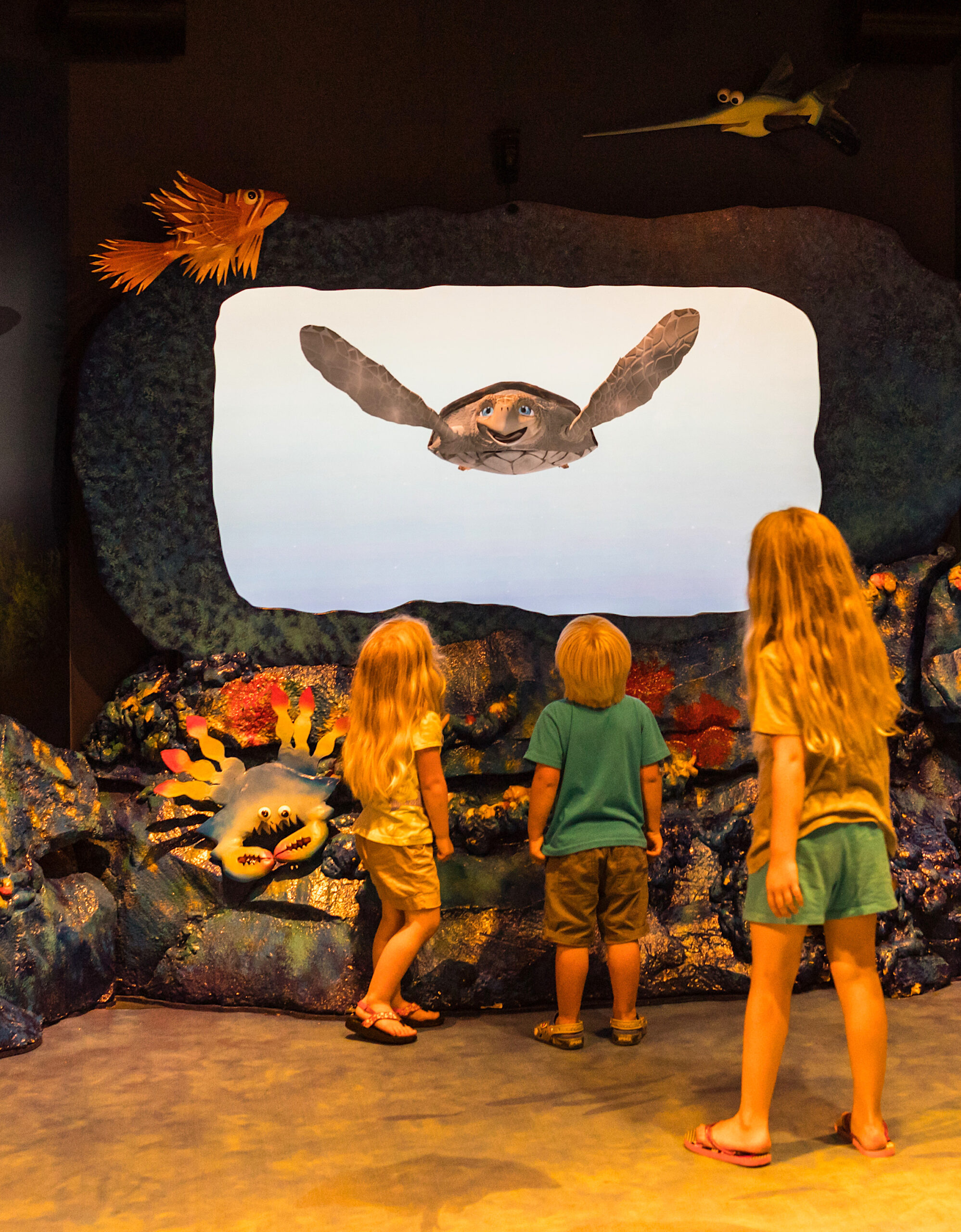 Photo courtesy of the NC Aquarium at Pine Knoll Shores.

With An Annotated Atlas of the Freshwater Fishes of North Carolina, Tracy, Hogue, and Rohde have continued a long history of cataloguing fish in the state. In 1709, John Lawson published the first checklist of North Carolina’s freshwater fish species.

An Annotated Atlas of the Freshwater Fishes of North Carolina

KultureCity, a nonprofit organization devoted to sensory accessibility and acceptance, has certified the North Carolina Aquarium at Pine Knoll Shores as a sensory inclusive facility.

“We are very excited to partner with KultureCity to meet the sensory needs of any guest with sensory issues,” says Liz Baird, director of the North Carolina Aquarium. “We’ve added signs to identify areas that might be a bit overwhelming and areas that are quieter.”

Sensory sensitivities or challenges with sensory regulation are often experienced by people with autism, dementia, PTSD, or other conditions.

In addition to adding signage, aquarium staff attended training about how to recognize guests with sensory needs and how to handle a sensory overload situation. Sensory bags, equipped with noise-canceling headphones, fidget tools, verbal cue cards, and weighted lap pads will be available to all guests at the aquarium. Also, dedicated quiet areas are now open to anyone who may need a quieter and more secure environment.

“We are so excited to have begun creating an inclusive environment at the aquarium with KultureCity,” says aquarium educator Ellie Fallaize. “Inclusion is a mindset, and we are all so much better when every voice is heard.”

— adapted from a news release from North Carolina Aquariums 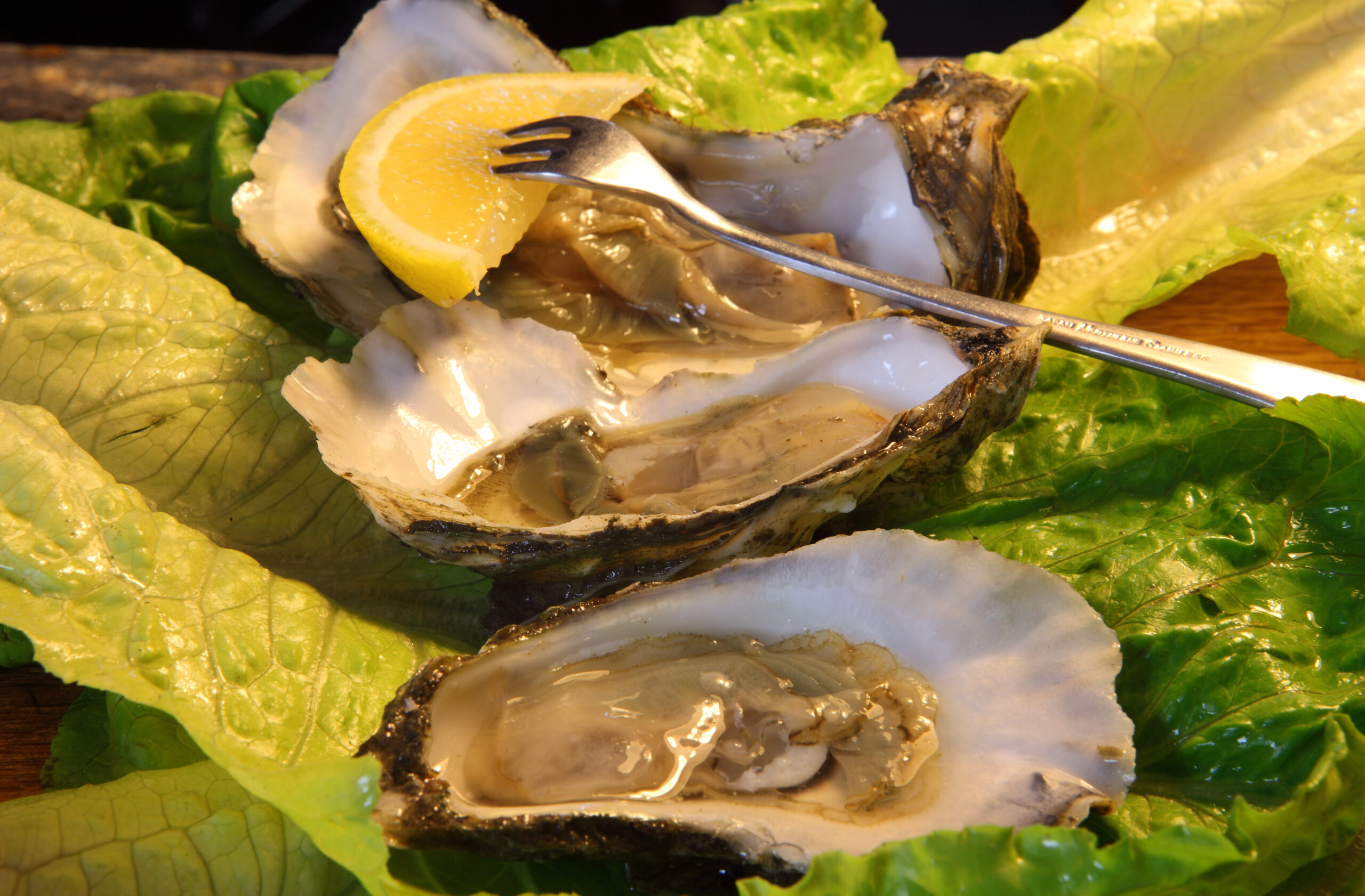 The U.S. Department of Agriculture, the U.S. Food and Drug Administration, and the Centers for Disease Control and Prevention have issued a rare joint statement, emphasizing there is “no credible evidence” that food and food packing are sources of COVID-19 transmission.

The statement highlighted the safety of the U.S. food supply, noting findings based on “overwhelming international scientific consensus.”

“From epidemiologists to biologists, authorities are confident in the safety of the seafood supply and, what’s more, health experts cite seafood’s role in supporting a healthy immune system,” says Lisa Weddig, vice president for regulatory and technical affairs at the National Fisheries Institute.

“People are understandably nervous about contracting COVID-19, given the spike in infections, hospitalizations, and deaths since the start of the holiday season,” says Barry Nash, seafood technology and marketing specialist for North Carolina Sea Grant. “This announcement from federal public health agencies should assure consumers that the U.S. food system is not a source of COVID-19 transmission.” 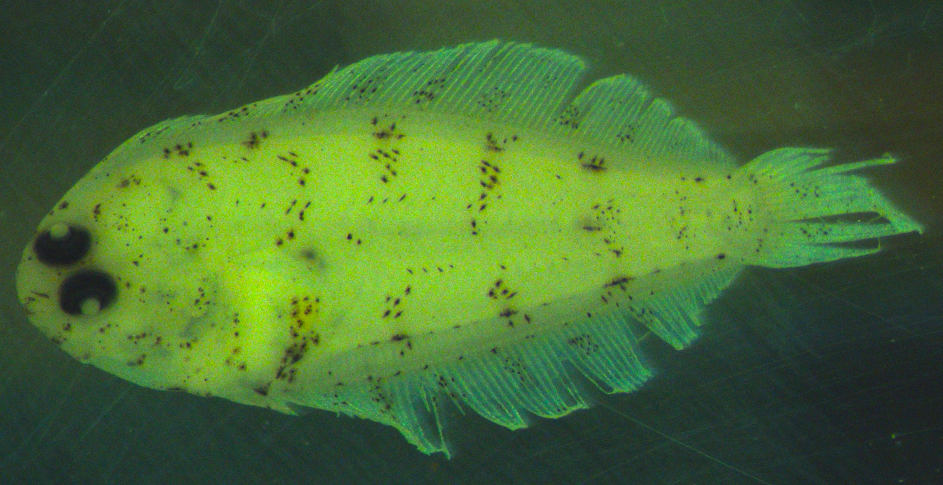 — adapted from a news release from the National Fisheries Institute

Fish larvae are entering Beaufort Inlet earlier in the year than ever before, according to a recent study from researchers at East Carolina University and NOAA.

There also has been an increase in the length of the season when larvae enter the inlet, according to ECU’s Rebecca Asch in a guest piece for Hook, Line & Science earlier this year. “These changes were related to variations in temperature, the timing and strength of local and regional wind patterns, and basinwide climate indices.”

As climate has warmed, Asch explains, seasons are changing in many ecosystems. “Spring is arriving earlier, summer is lasting longer, and winters are shorter,” she writes. “This has changed when fish and other marine organisms use different habitats.”

Asch and her colleagues found that the species that showed particularly large changes in their seasonality included summer flounder, Atlantic croaker, and pinfish.

Such changes could impact fisheries management in North Carolina, Asch says, including the timing both for closing seasons to conserve stocks and for conducting fisheries surveys to estimate stock size and set catch limits. 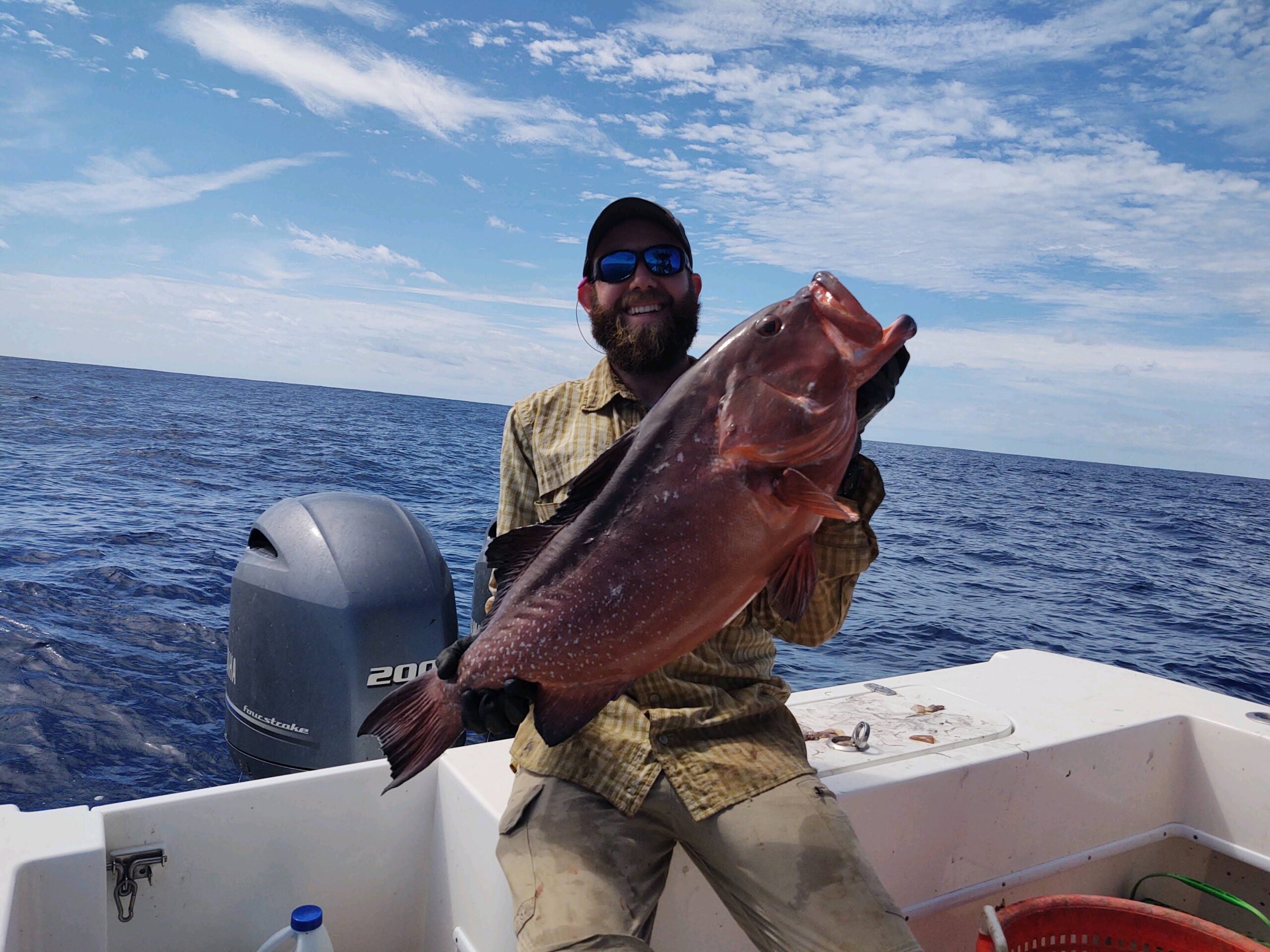 Are We Catching the Same Sport Fish?

After catch-and-release, several species of sport fish are more likely to be recaught, according to a new study that NOAA and North Carolina Sea Grant supported. The findings raise some interesting questions for policymakers hoping to preserve sustainable fisheries.

“Fisheries researchers who work in tagging programs have long noticed that certain fish seem to get caught repeatedly, and we set out to determine the implications of this phenomenon,” says Jeff Buckel, coauthor of the study and a fisheries biologist at North Carolina State University’s Center for Marine Sciences and Technology.

The finding could have a significant impact on stock assessments, which inform fishery policies.

“Reliable estimates of how many unique fish are released are critical to accurately assessing the health of the population,” says Kyle Shertzer, a coauthor of the study and a stock assessment scientist at NOAA Fisheries.

Mirabilio adds that the new findings also present some challenges to traditional population modeling. “It’s great to have research, such as this study, to begin to resolve those data challenges.”

— adapted from a news release from NC State News 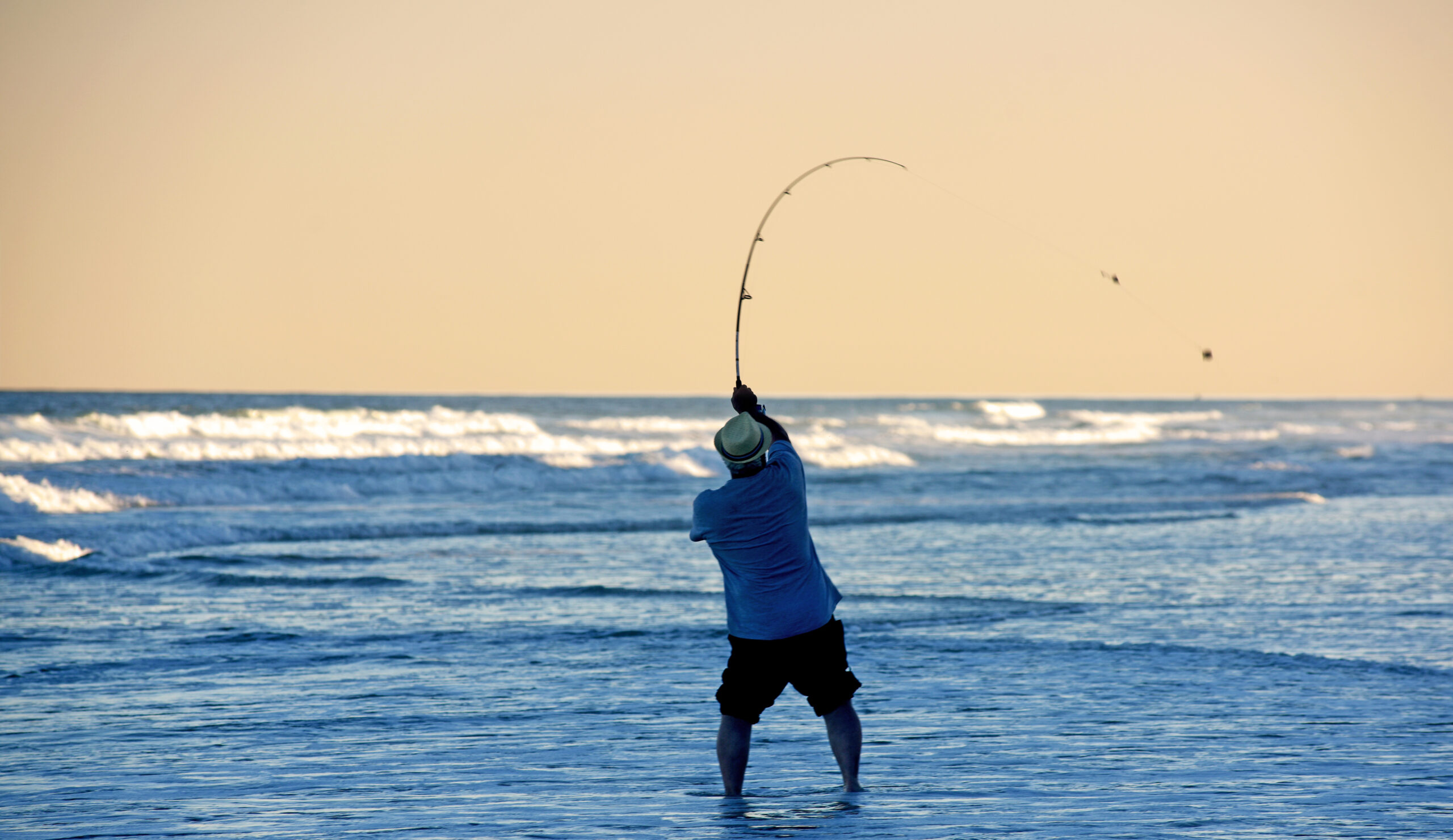 Scott Baker and Sara Mirabilio, fisheries specialists with North Carolina Sea Grant, curate content for the popular series on the latest science for anglers. New pieces appear every Monday on HookLineScience.com and quarterly in Coastwatch magazine.

Thousands of readers in North Carolina, across the country, and around the globe have accessed Hook, Line & Science since Baker and Mirabilio launched it in 2018. Baker says posts on flounder identification, changes in shrimp abundance, and fish tagging have been the most popular.

“Our goal, as scientists who specialize in marine fisheries, has been to provide saltwater anglers in particular, and a broader audience in general, with easy access to science-based information related to fishing and fisheries,” says Baker. “After all, science really isn’t that useful unless we all have a chance to learn about it.”

Baker and Mirabilio each have summarized dozens of studies for Hook, Line & Science, and they also have recruited 29 guest authors to discuss their own work, including 14 students. 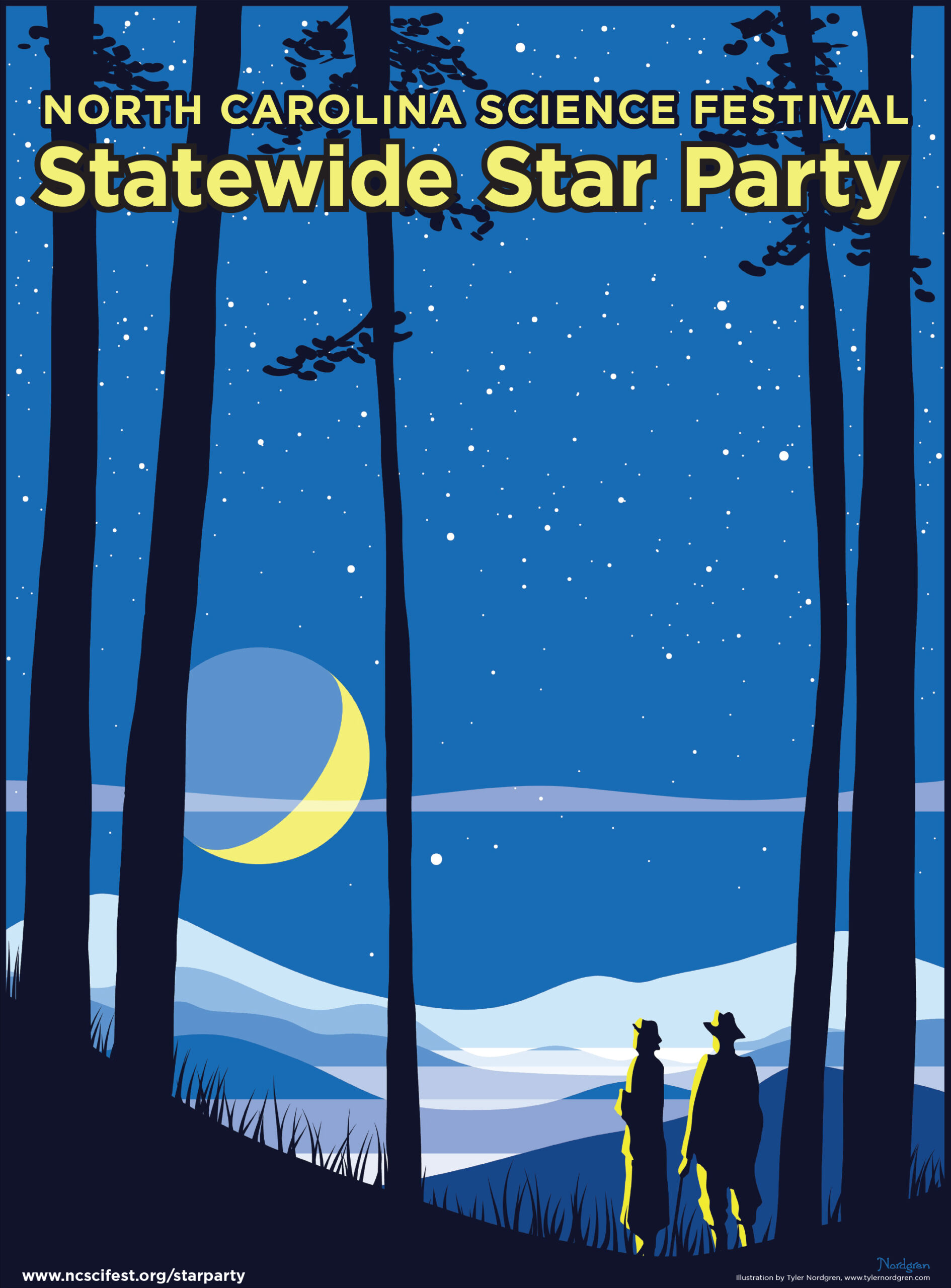 The Top 20 Most Popular Posts from Hook, Line & Science

“People are paying much greater attention to where, how, and from whom their seafood is sourced,” Nash says. “To better address this need for information, we created an online overview of the state’s commercial fishing.”

In addition, consumers can access information about seafood’s health benefits, as well as safety tips, including how best to handle and prepare seafood at home.

A Primer on North Carolina Seafood also serves as a hub for a wide array of related resources, including links to videos, festivals, recipes, dietary guidelines, and more.

A Primer on North Carolina Seafood