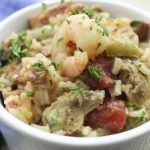 Mariner’s Menu shares a recipe for Shrimp and Oyster Jambalaya.

The names of Creole and Cajun recipes often come from the native languages, in fact, “Jambalaya,” for instance, derives from the French word meaning “ham” and the African word for “rice,” connected by the Acadian “a la.” 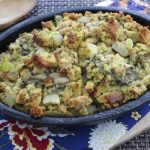 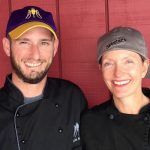 Barry Nash speaks with Luke Maguire, executive chef at Amos Mosquito’s Restaurant in Atlantic Beach, N.C., about his work in the kitchen that extends into the Carteret County community.