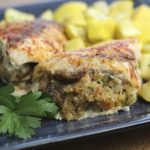 Most recipes for stuffed fish call for whole fish. We tried a number of these. Although they were delicious, we always heard the same complaints. Cutting through the backbone is difficult, especially if the fish is large, and the servings usually look unappealing. Bones in most stuffed fish create an even bigger nuisance. Mariner’s Menu shares a recipe for Red Snapper with Bacon-Mushroom Stuffing. 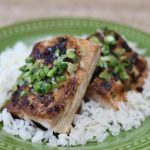 Centuries ago, early French and Spanish flavors blended. Later the English brought their style. And African-Americans came to infuse the flavors of Africa as well. Legendary Cajun and Creole cooking associated with Louisiana was inspired and enhanced by Native Americans and African-Americans. Mariner’s Menu shares a recipe for Creole Sautéed Mahi-Mahi. 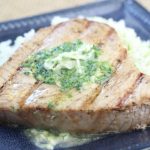 If you plan to use the marinade for basting, reserve some before placing the seafood in it. Never baste cooked fish or shellfish with marinade that has been used on raw seafood. The food can become contaminated with harmful bacteria. Mariner’s Menu shares a recipe for Grilled Tuna with Herb Butter. 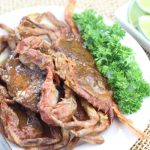 Soft crabs come live and fresh-frozen. If you purchase them live, often the dealer will clean them for you. Or you can quickly and easily dress them yourself. Mariner’s Menu shares a recipe for Sautéed Soft Crabs with Fresh Lime. 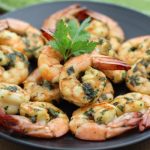