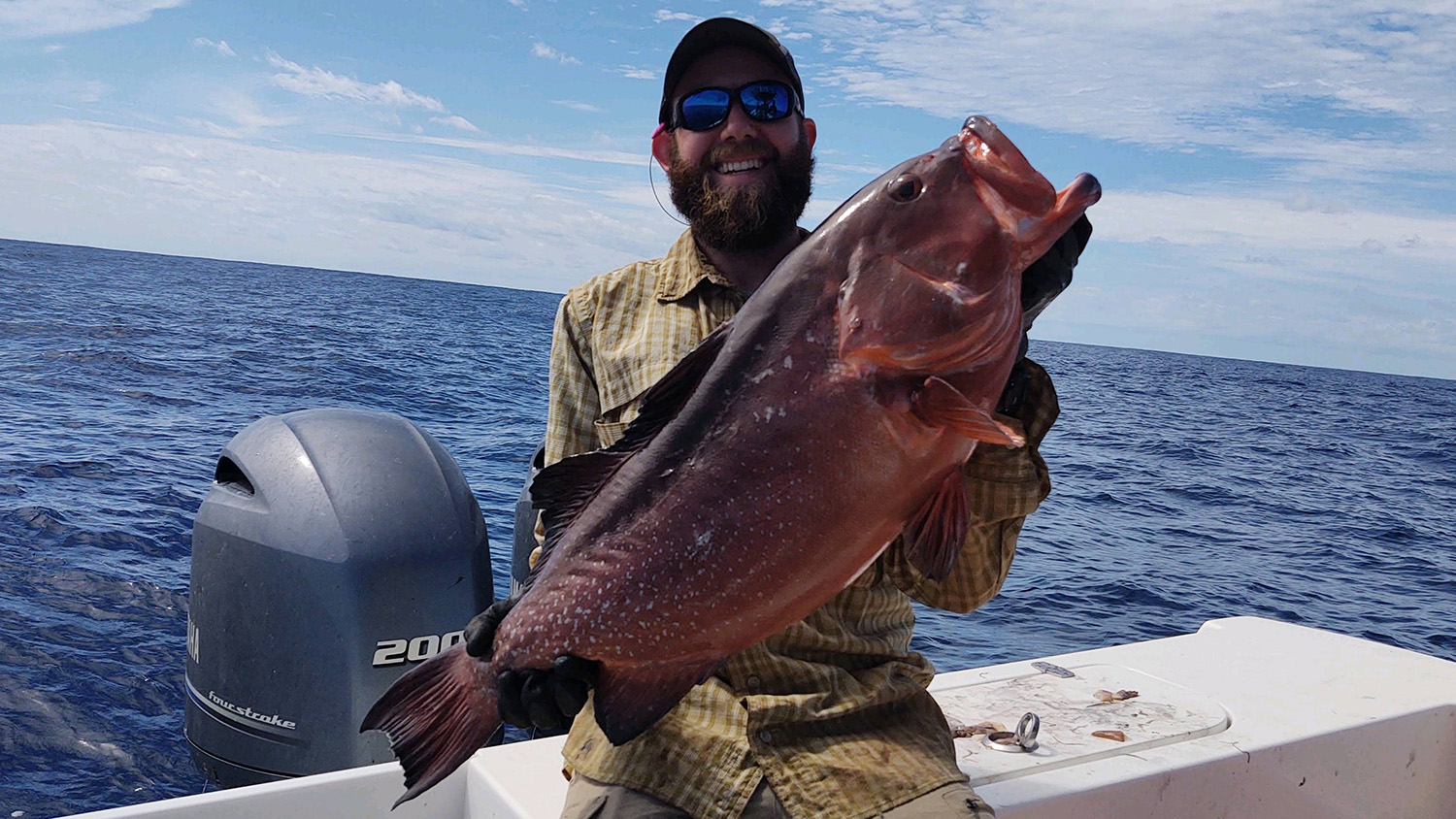 A new study reports that, for several species of oceanic sport fish, individual fish that are caught, released and recaught are more likely to be caught again than scientists anticipated. The findings raise some interesting questions for policy makers tasked with preserving sustainable fisheries.

The study makes use of data from tagging programs, in which researchers tag fish and release them into the wild. When those fish are caught, and the tag information is returned to the researchers, it can give scientists information that informs fishery policies.

“Fisheries researchers who work in tagging programs have long noticed that certain fish seem to get caught repeatedly, and we set out to determine the implications of this phenomenon,” says Jeff Buckel, co-author of the study and a professor of applied ecology at North Carolina State University.

To that end, researchers examined decades’ worth of Atlantic coast tagging datasets on four fish species: black sea bass (Centropristis striata), gray triggerfish (Balistes capriscus), red grouper (Epinephelus morio), and Warsaw grouper (Hyporthodus nigritus). Using a computational model, the researchers determined that – for the black sea bass and both types of grouper – survival was significantly higher after the second, third, and fourth release as compared to the first release.

“Think of it this way,” says Brendan Runde, first author of the study and a Ph.D. student at NC State. “Let’s say you tagged 1,000 fish and recaptured 100 of them for a first time. After re-releasing those 100 fish, you would only expect to recapture 10 of them a second time. But that’s not what we’re seeing. We’re seeing much higher numbers of fish getting recaptured after the second time.

“Our hypothesis is that this increase in catch rate stems from selection for robust individuals,” Runde says.

In other words, because some fish don’t survive the first release, and you can’t catch a dead fish, the fish that were robust enough to survive their first encounter were more likely to survive following catch-and-release events.

The finding could have a significant impact on stock assessments, which inform fishery policies.

“It’s exciting to have scientific data showing that catch-and-release works in letting fish live for another day,” says Sara Mirabilio, fisheries specialist with North Carolina Sea Grant and co-author of the popular Hook, Line & Science blog series. “It does present some challenges to traditional population modeling, so it’s great to have research, such as this study, begin to resolve those data challenges.”

“One might assume that every catch and release in a recreational fishery is a unique fish,” Buckel says. “So that if 5 million black sea bass were caught and released in a given year, that would mean there were at least 5 million black sea bass in a fishery. For these three species of fish and likely many others, that’s just not true. At least some of those 5 million catches were the same fish getting caught over and over again.”

“Reliable estimates of how many unique fish are released are critical to accurately assessing the health of the population,” says Kyle Shertzer, a co-author of the study and stock assessment scientist at NOAA Fisheries.

“On the positive side, the study also suggests that for many species fish mortality from being released appears lower than we thought,” Buckel says. “For those species, if a fish survives its first release, it has an even better chance of surviving subsequent releases.”

“We think that the issues raised by our findings are likely relevant for many marine fish stock assessments that rely on catch-and-release data – though this will vary based on the species and the details of how each stock assessment is performed,” Runde says.

The paper, “Repetitive capture of marine fishes: implications for estimating number and mortality of releases,” is published in the ICES Journal of Marine Science. The paper was co-authored by Paul Rudershausen, a research scholar in NC State’s Department of Applied Ecology; Nate Bacheler of NOAA Fisheries; and Beverly Sauls of the Florida Fish and Wildlife Research Institute.

Read the latest science for anglers at HookLineScience.com.

NOAA and the National Sea Grant Office have announced placements for the 2022 class of the Sea Grant John A. Knauss Marine Policy Fellowship program. The fellows include three graduate students from North Carolina: Olivia Vilá, Anderson Tran, and Colleen Baker.