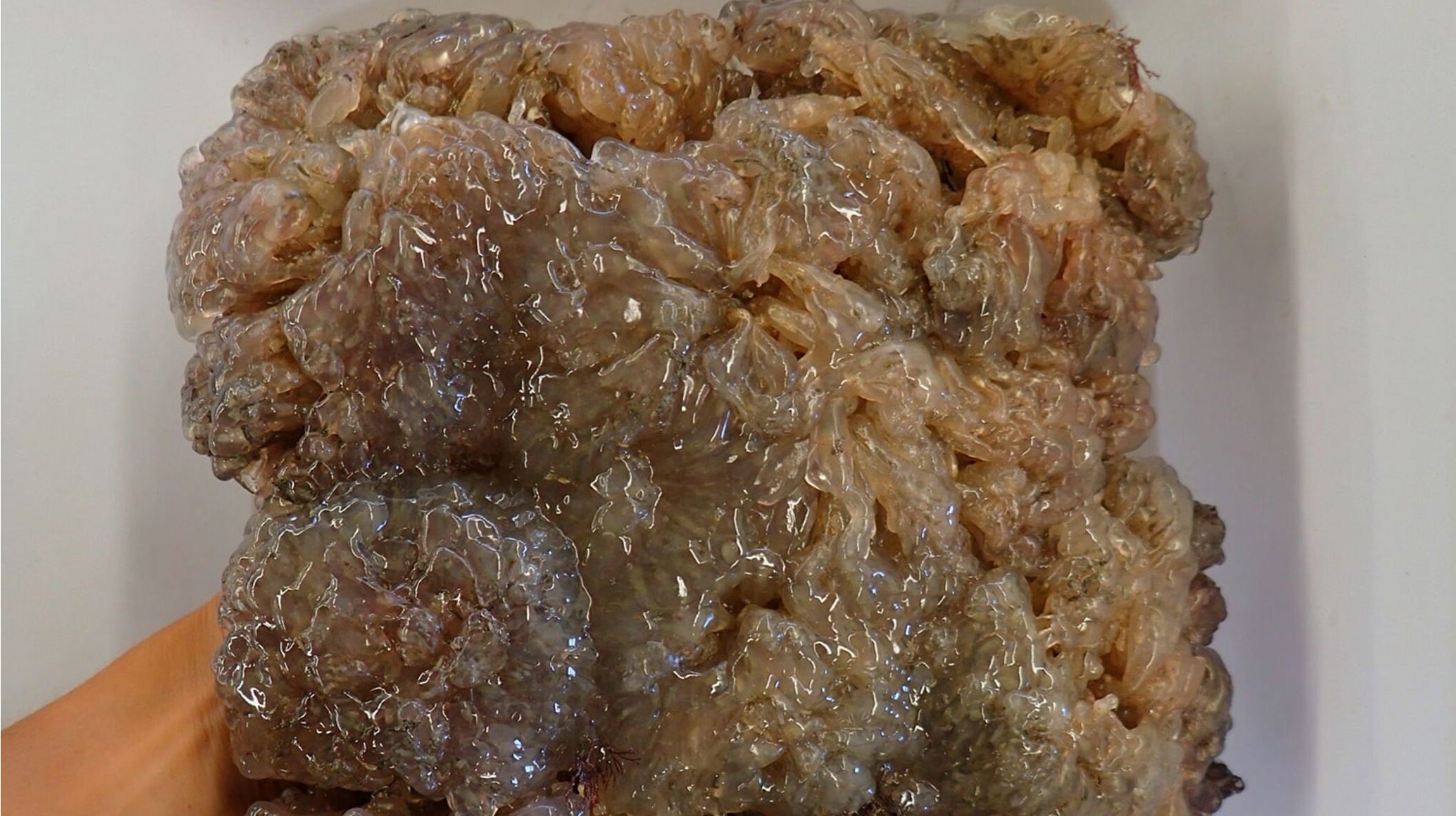 Clavelina oblonga, an invasive marine fouling species, not only reduces diversity in communities it invades, it also interferes in their recovery following natural disasters — a process known as “succession.”

Succession refers to how an ecosystem recovers after a disturbance or natural disaster — does the system come back more or less the same as it was in terms of species composition, or is it different?

“The classic example of succession is a forest that experiences a wildfire,” says Kayla Christianson, former NC State graduate student and first author of a paper describing the research. “As the community recovers from the fire, it proceeds through a predictable pattern of community development — starting with grasses and ending with trees and a mature forest. This predictable order of succession is due mainly to the seed bank beneath the soil, which allows the community to recover regardless of when the disturbance occurs.”

However, marine fouling communities don’t follow the same pattern as terrestrial ecosystems. Marine fouling species are invertebrate filter-feeding organisms — like barnacles or mussels — that settle on hard substrates, like docks, pilings, or ship hulls. Soft-bodied tunicates such as the invasive C. oblonga are also fouling species.

“Marine fouling environments are different because different species of larvae are present at different times of the year, so what the ecosystem looks like after a disturbance depends on when it occurs,” says David Eggleston, professor of marine, earth and atmospheric sciences at North Carolina State University and corresponding author of the research, which North Carolina Sea Grant and the National Science Foundation funded. “For marine species, disturbances enhance community diversity.”

Given the recent introduction and proliferation of C. oblonga along the North Carolina coast, Eggleston and Christianson wanted to see how this invasive species would affect succession in a fouling environment.

Christianson and Eggleston duplicated succession experiments performed 50 years ago in Beaufort, N.C. They submerged terra cotta settlement plates every four weeks from May 2017 to September 2018 along the docks and observed the communities that settled there.

Over the course of the study, 22 different fouling species settled on the plates. But in each case, when C. oblonga settled, they rapidly crowded out the other species. The study period also included an unseasonably cold winter, as well as landfall from Hurricane Florence in September 2018, enabling the researchers to look at succession after a natural disturbance. While both the cold and the hurricane succeeded in removing C. oblonga, it quickly regrew and crowded out other species, eliminating species diversity.

“In retesting succession theory we found that it holds in the absence of invasive species but not in their presence,” Eggleston says. “For these fouling species, regardless of when a disturbance occurs, the community always reverts back to the invasive species.

“C. oblonga has only been here since 2015, but it seems to have no real natural predators, it crowds out native species and it has a foothold. We will have to monitor this species and be sure that it doesn’t impact our local shellfish industry.”

The research appears in Ecosphere and was supported by North Carolina Sea Grant (grant R12-HCE-2) and the National Science Foundation (grant OCE-1155609).

Note to editors: The abstract of the full study follows.

“Testing Ecological Theories in the Anthropocene: Alteration of Succession by an Invasive Marine Species”

Abstract:
Ecologists employ a diverse body of theory to help explain patterns and processes in ecological systems, with the consistency of ecological theories tested against an increasingly altered world. The global redistribution of species is a prominent impact of climate change and human-mediated biological invasions, and often results in negative impacts to ecosystems. Recently, a species of colonial tunicate not previously present, Clavelina oblonga, has become prominent within the marine fouling community of Beaufort, North Carolina, USA. Fifty years ago Sutherland and Karlson (1977), in testing theories of ecological succession developed in terrestrial systems, found that this marine community was characterized by a heterogeneous mixture of species that varied inter-annually (i.e., multiple community states) and increased in diversity over time. Recently, Theuerkauf et al. (2018) found that the fouling community is dominated by C. oblonga with patterns of community development and structure that led to the loss of alternative community states, domination by C. oblonga, and reduced species diversity. The present study addressed the question: will patterns of community development identified over 50 years ago still operate under reduced cover of invasive C. oblonga? This study also quantified the impacts of two large-scale, environmental disturbances (extremely cold winter & hurricane) on the abundance of C. oblonga and the resulting fouling community. C. oblonga remains a dominant component of the fouling community due to its rapid growth and strong seasonal recruitment. Under conditions of reduced percent cover of C. oblonga, the local fouling community displayed unique community states that became even more distinct over time, consistent with the pattern of multiple community states identified by Sutherland and Karlson (1977) that were dependent upon date of disturbance. Natural disturbances in this study caused by a harsh winter and a hurricane greatly reduced the presence of C. oblonga. This experiment advanced our understanding of marine community ecology by testing if the concept of multiple community states identified over 50 years ago by Sutherland and Karlson (1977) is still operable in the absence of invasive C. oblonga, and highlights how natural environment disturbances can potentially moderate the spread of this invasive tunicate.

adapted from a news release from NC State News Services