Sarah Spiegler began her new responsibilities this week as North Carolina Sea Grant’s coastal resilience specialist. Since 2018, she has served as the N.C. Sentinel Site Cooperative coordinator and marine education specialist for Sea Grant, after several years in prior roles with the cooperative. 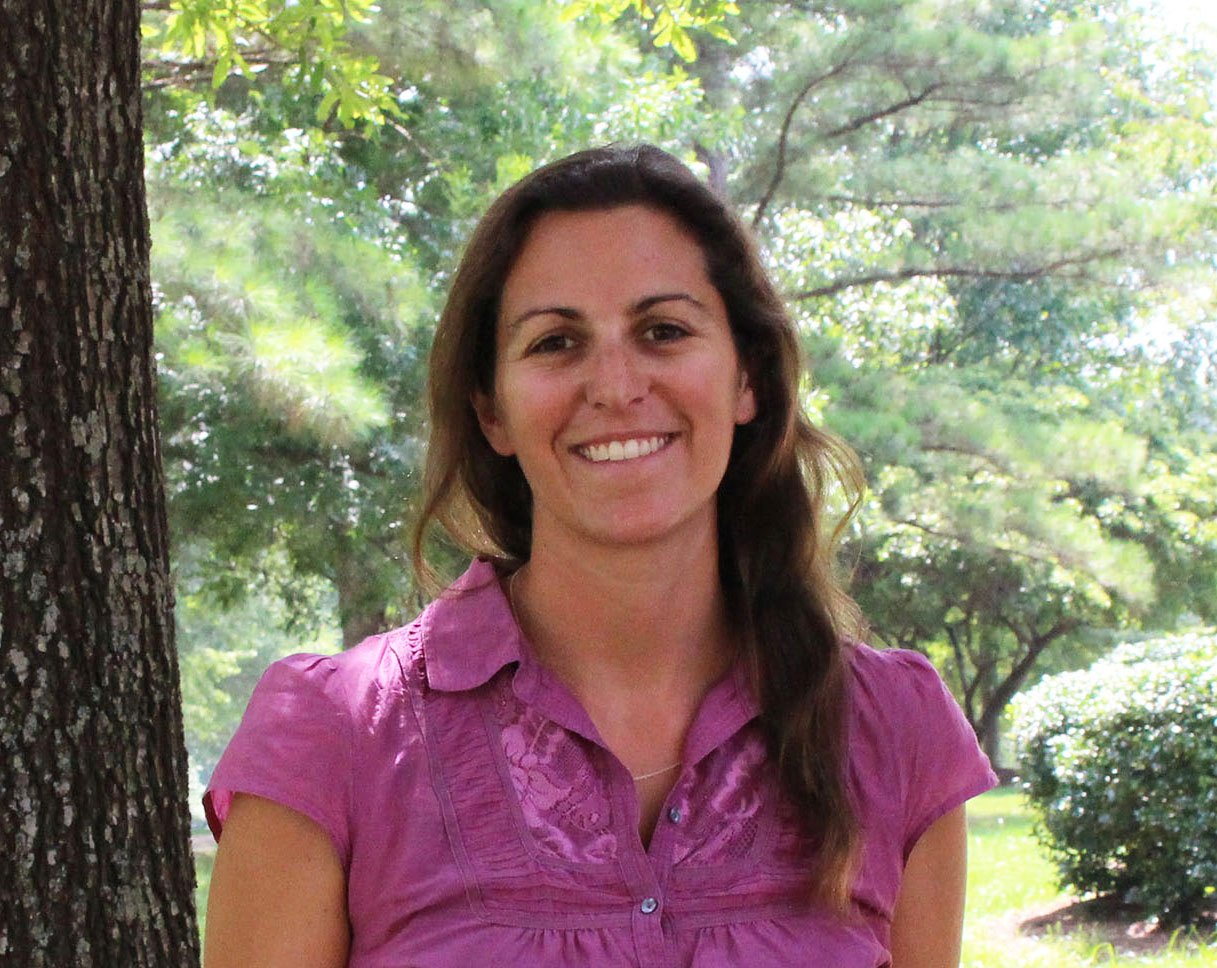 “I am thrilled to continue working on pressing coastal issues, including adapting to climate change and increasing the resilience of North Carolina’s coastal communities and habitats,” Spiegler says. “It is a great privilege to serve as part of the Sea Grant extension network.”

“Sarah has developed productive partnerships and projects along the North Carolina coast,” López says. “Helping communities bounce back after impacts from hazards is one of Sea Grant’s primary focus areas, and there also is a substantial investment in time and effort from other members of our extension team toward that goal. I look forward to working with Sarah as she expands and leads our coastal resilience program.”

In her new role, Spiegler will bridge research with real-world solutions.

“Many communities facing the greatest risks from climate change often have the least resources to address them,” Spiegler says, adding that she anticipates collaborating with a wide range of public and private stakeholders.

An avid outdoor enthusiast, Spiegler is an American Canoe Association-certified kayak and stand-up paddleboard instructor, a wilderness first responder, and a veteran of stints on sailboats in North Carolina and New Zealand. She also has taught an intensive field course at the University of North Carolina Wilmington on issues surrounding the use of coastal resources.

“As global climate change fuels new challenges, especially along North Carolina’s coastlines, we’re fortunate to have Sarah’s expertise and experience,” says Susan White, executive director of North Carolina Sea Grant. “Developing resilience in our coastal communities remains an urgent priority in our state and a cornerstone of our strategic planning.”

Recent flood maps from the Federal Emergency Management Agency might not capture the full extent of flood risk, according to research by a team from NC State University. The study was supported by the U.S. Geological Survey Southeast Climate Adaptation Science Center and North Carolina Sea Grant.