In 1972, Harry Bryant used scrap metal to build his shrimp boat. He went on to escape waterspouts and a lightning strike and earn a living on the open water for 32 years. Melody Hunter-Pillion, a Global Change Fellow with the Southeast Climate Adaptation Science Center, interviewed Bryant on his 84th birthday for the Southern Oral History Program, and Coastwatch includes much of their talk in “From Hurricane Hazel to the Morning Light: Coastal Carolina Through a Shrimper’s Eyes.” 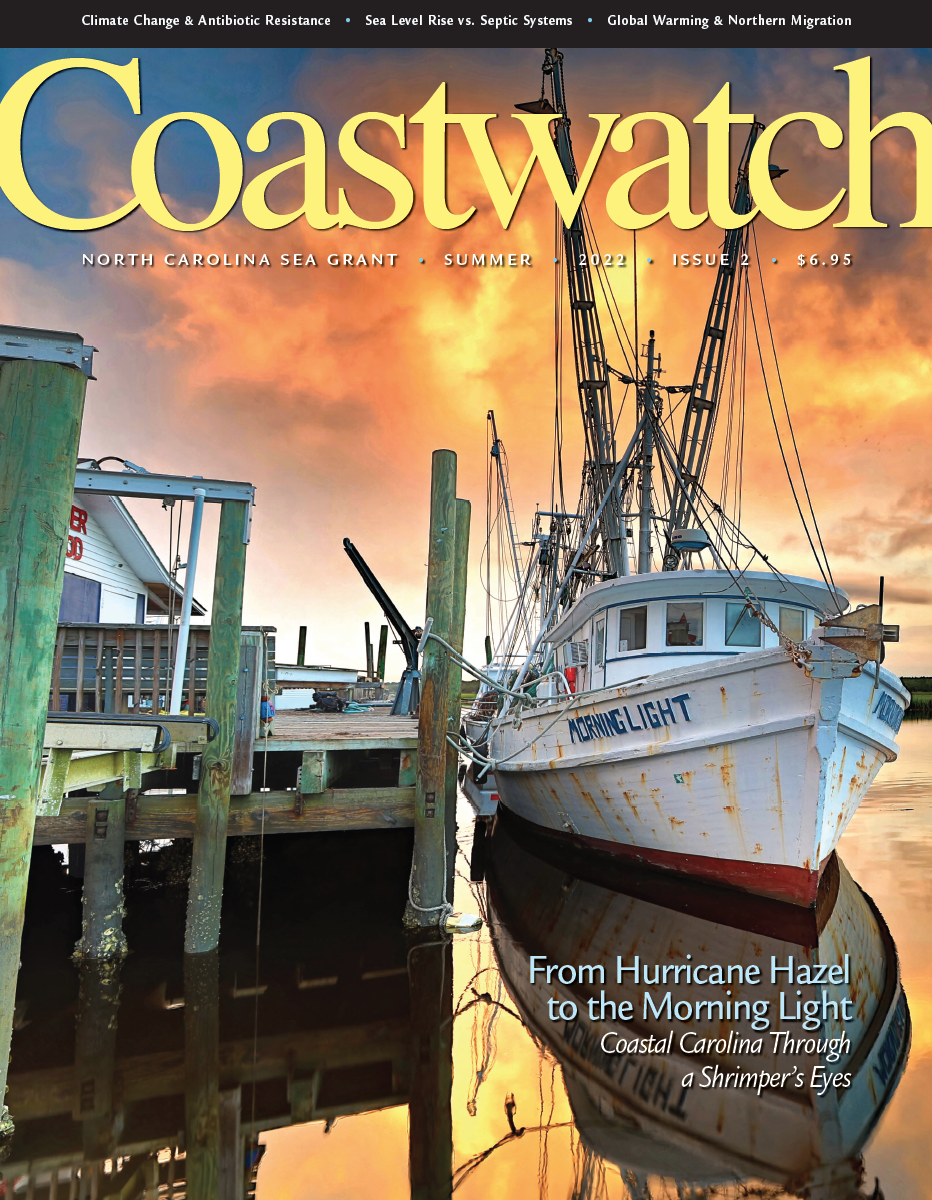 Maya Hoon, a 2021-2022 joint research fellow with North Carolina Sea Grant and NC Space Grant, has been investigating factors that affect the spread of antibiotic-resistant bacteria in surface waters. She says the significant associations of high temperature and salinity with antibiotic resistance are troubling, because climate change continues to exacerbate both factors.

In “Climate Change and the Northern Migration,” Mirabilio also covers a new study that suggests warming waters mean that more animals — including sea turtles, manatees, and sharks — will be on the move.

Scott Baker, also a fisheries specialist for North Carolina Sea Grant, has catalogued The Top Ten Most Common Kinds of Trash on the North Carolina Coast — and he explains how to get involved in an international coastal cleanup.

In print: go.ncsu.edu/Subscribe-Now. New subscriptions will start with the Fall 2022 issue.