Corey Davis from the North Carolina State Climate Office says torrential inland flooding from Hurricane Matthew in 2016 was a wakeup call, sparking state investment in coordinated resilience efforts. In this issue, he provides readers with five key takeaways from the storm. 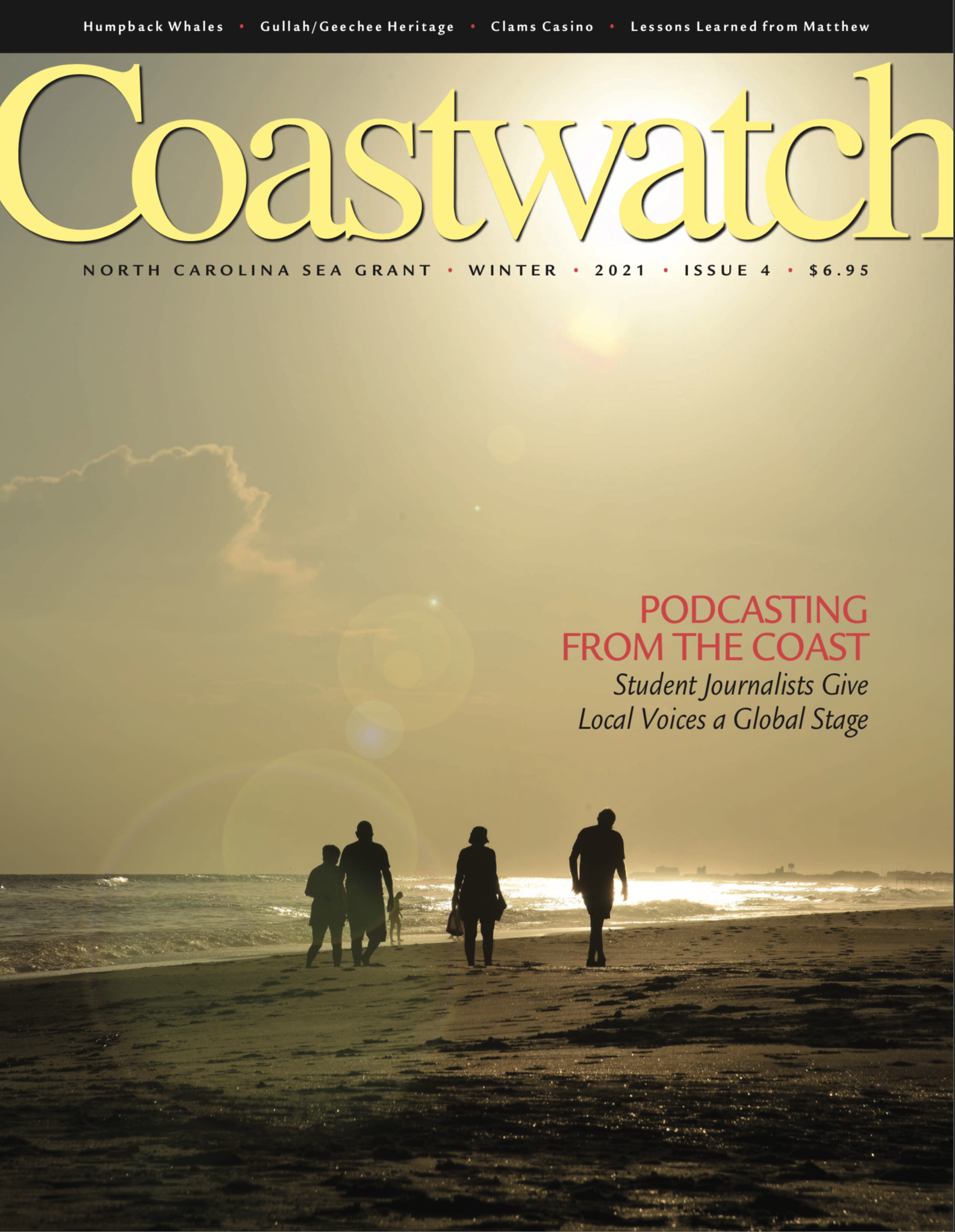 The Winter issue wraps up 2021 for North Carolina Sea Grant’s flagship publication, which earned seven new state and national honors during the year.

“We teach our children the same traditional ways to go out in the water, and the same traditional ways to live from the land: only when things are in season,” says Queen Quet, leader of the Gullah/Geechee Nation. In “Conserving a Culture,” Lauren D. Pharr, a Global Change fellow with the Southeast Climate Adaptation Science Center, explores if and how Gullah/Geechee heritage can survive the forces of climate change and land development.

This issue also brings the latest science to readers, answering these questions (among many others):

This issue is the last of the calendar year for North Carolina Sea Grant’s flagship publication, during which time the magazine received seven new state and national honors. For the third year in a row, the NC Association of Government Information Officers named Coastwatch the state’s best print publication. For the fourth year running, NCAGIO recognized a new Coastwatch story as the state’s best feature, this time for “Plan, Respond, Recover, Adapt” by North Carolina Sea Grant coastal resilience specialist Sarah Spiegler.

In print: go.ncsu.edu/Subscribe-Now. New subscriptions will start with the Spring 2022 issue.

North Carolina agencies, businesses and community partners interested in extending coastal research into applications are invited to submit topics to North Carolina Sea Grant to be considered for proposals to a new program funded by national Sea Grant and the U.S. Coastal Research Program (USCRP). Letters of Intent must be filed by NC Sea Grant by June 15.