“In the summer and fall, thick schools of mullet, mackerel and bluefish streamed through local waters. By winter, oyster rock and clam and scallop beds put food on the table and money in locals’ pockets. Vegetables from the garden and a hot batch of freshly milled cornbread rounded out most meals Down East back then — and still do today.” JOYCE TAYLOR

What’s more American than apple pie? Historians might contest that the pie and the pioneer sprung from other cultures, and Native Americans were here before both.

That’s primarily the case for many dishes identified as American. Trace a classic dish — the hamburger, for example — and you’ll often find its roots in international soils.

Seafood, however, boasts regional traditions that began closer to home.

Native Americans and early European immigrants nurtured themselves on the bounty of the land, with local environments laying the foundation for emerging culinary traditions. While Cajun and Creole cooking were developing in Louisiana — rooted in early French and Spanish cuisine, and infused with the flavors of Africa — other settlers were migrating to the kind climate of coastal North Carolina.

Along the East Coast, bays, streams, sounds and ocean waters provided a diversity of fish and shellfish, which became a staple food partly due to necessity, and have lasted as an emblem of the Southern diet.

Taylor highlights the heritage of Southern seafood in her book — and reserves a special section for recipes that reflect that heritage.
Two of the following recipes are featured in the section “Seafood: A Southern Tradition.” Scallops, presented in a third recipe from the book’s shellfish chapter, often pop up in Taylor’s recollection of Down East flavors as well. 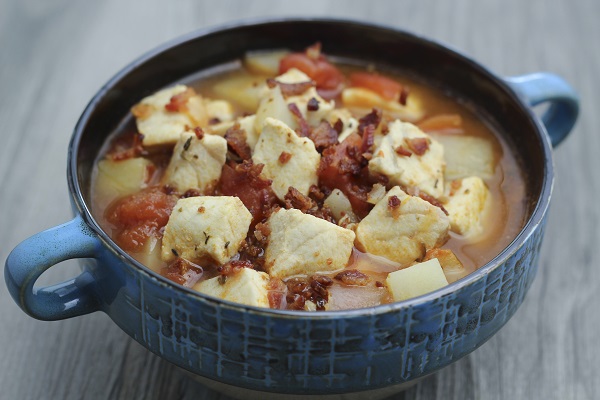 In large saucepan, cook bacon over medium heat. Remove bacon and set aside. Remove all but 3 tablespoons bacon fat from pan. Add onion and sauté until tender. Add water, tomatoes, salt, thyme, marjoram and pepper. Bring to boil. Add potatoes and cook until about half done, about 15 to 20 minutes. Add fish. Lower heat and cook until fish flakes easily with a fork, about 10 to 15 minutes. Do not allow to boil. Place in soup bowls. Crumble bacon and sprinkle over top just before serving. Serves 8 to 10. 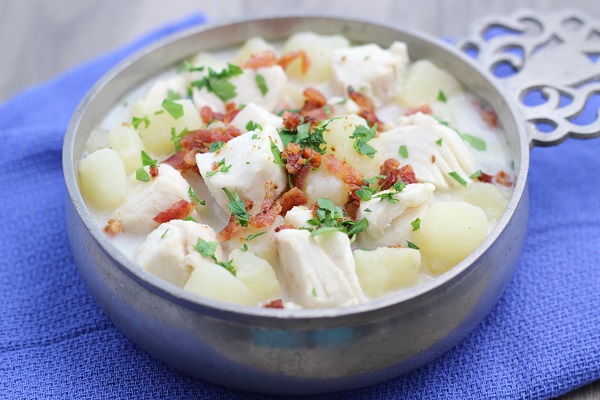 Fry bacon over medium heat until crisp. Remove, crumble and set aside. Put 1 tablespoon bacon drippings in large saucepan, discarding the rest. Add onion and cook over medium heat until slightly brown. Add water, potatoes, salt and pepper; cook until potatoes are partially tender, about 10 minutes. Add fish and cook until potatoes are done and fish can be flaked easily with a fork, about 10 minutes. Add milk and heat. Do not boil. Place in serving bowls. Sprinkle with bacon and parsley. Serves 4 to 6. 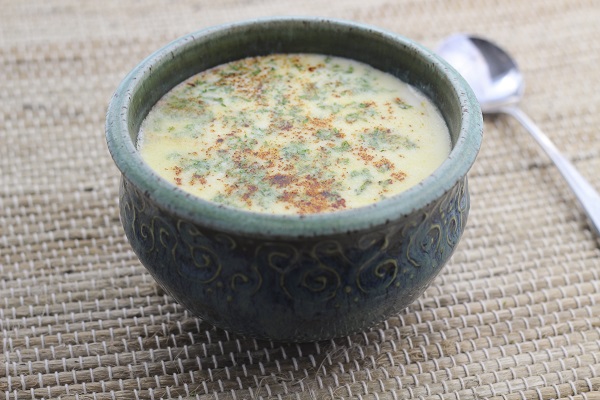 Add scallops to mixture. Return to simmer and cook until tender, about 4 to 5 minutes. Pour into individual bowls. Sprinkle each with paprika and parsley. Serves 6.